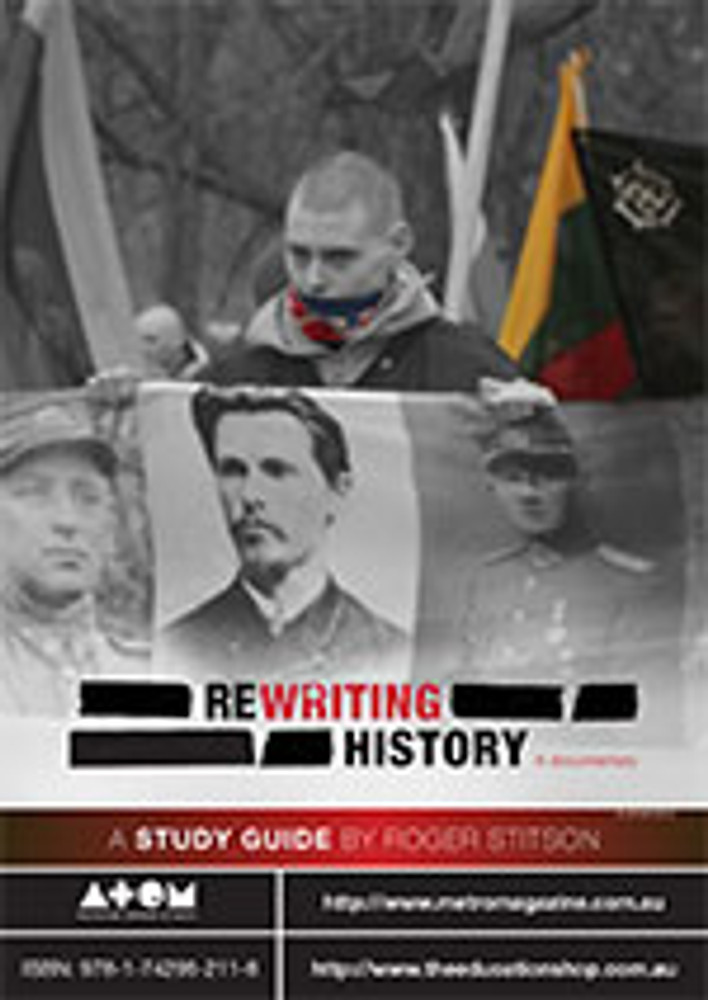 Rewriting History is a David-versus-Goliath tale that bears testament to the power of conviction and the importance of fighting for historical truth. With Europe on the edge of an economic precipice, the far-right is again resonating at the polls. Against this backdrop of rising ultranationalism, Rewriting History is about taking action in the face of insurmountable odds, as two unlikely heroes – Danny Ben-Moshe and Dovid Katz – decide to stand in the way of the Lithuanian Government's campaign to remove an inconvenient World War Two history from the annals of the European Union.

This study guide is mainly aimed at middle and higher secondary school levels, with relevance to general subject areas and specific topics: