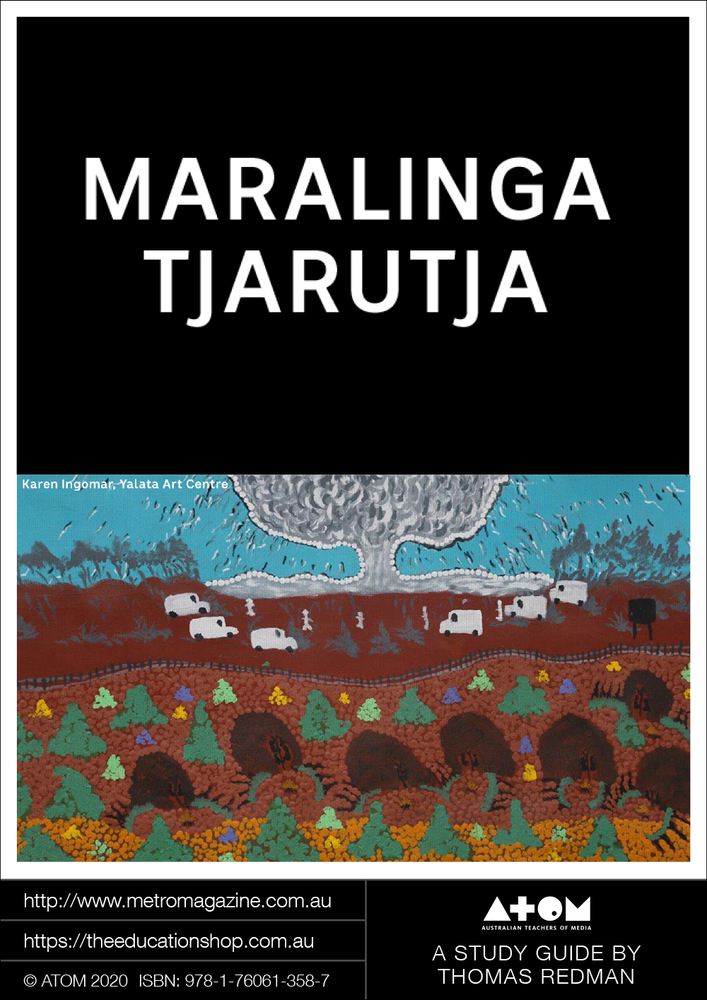 Maralinga Tjarutja tells the story of an infamous chapter in Australian history. It is a story told by the traditional owners of the Maralinga lands. It is the story of the British nuclear trials that took place in their country, of what came before and what came after.

Beginning in the red-earth spinifex country community of Oak Valley, Maralinga Tjarutja introduces the local Anangu ranger program as an active, contemporary caring for country. The rangers are local Anangu who have had connections to this country for countless generations. Through their work, we explore the personality of the land and the sky. Through the land we see their story.

From Oak Valley, Anangu Elder Jeremy Lebois travels south to the Ooldea siding, the nearby site of the Ooldea Mission and the Ooldea Soak. Jeremy is met by Mima Smart, an Elder from Yalata, whose parents and grandparents also lived at the Ooldea Mission. They talk of the fact that the nuclear testing was not the first disaster that befell the Anangu. The first was the coming of the railway in the 1910s and the resulting abuse of women, the removal of half-caste children and the over-exploitation of the water sources. The second was the closing of Ooldea mission in 1952 and the removal of people from the red country to the grey country where many people died of pneumonia or flu.

Jeremy and Mima then travel to Adelaide, to the South Australian Museum to reclaim photographs and other archival material and return them to Yalata where Mima shares the images with the community, sparking memories and stories.

From Yalata, Jeremy travels to the scarred-country site of the Maralinga tests, now a tourism enterprise for the community. Here, Jeremy tells the story of the testing and its impact on the Anangu. Through the story we learn of the contrast between the destructive aspects of Western science (as it is utilised in weaponry and war) with the sustainable and nurturing philosophies of Indigenous knowledge systems (which appreciate the fragility of complex ecosystems and their symbiotic relationship with the people who live in them).

Not only did the British Nuclear Test Program remove Anangu from their lands, it also produced contamination that was devastating for the Anangu and their environment. Jeremy heads back to Adelaide, to visit Andrew Collett, the lawyer who represented the community in the Royal Commission and in the subsequent compensation claim and handback process. They recount the Anangu's legal struggle for compensation, clean-up and the return of the land to its traditional owners.

Jeremy returns home to Oak Valley, a community rebuilt with strong cultural and economic activities. He takes a pilgrimage to the cemetery where many of the community members that have been part of the story are laid to rest. He spends the evening out on country with the rangers. Connection with country continues. The Anangu remain strong. They have been here for over 60,000 years and will be here for another 60,000.

Maralinga Tjarutja can be linked to the following subject areas within the Australian Curriculum:

It is also highly relevant to the Cross-Curriulum Priorities and the General Capability 'Intercultural Understanding'.