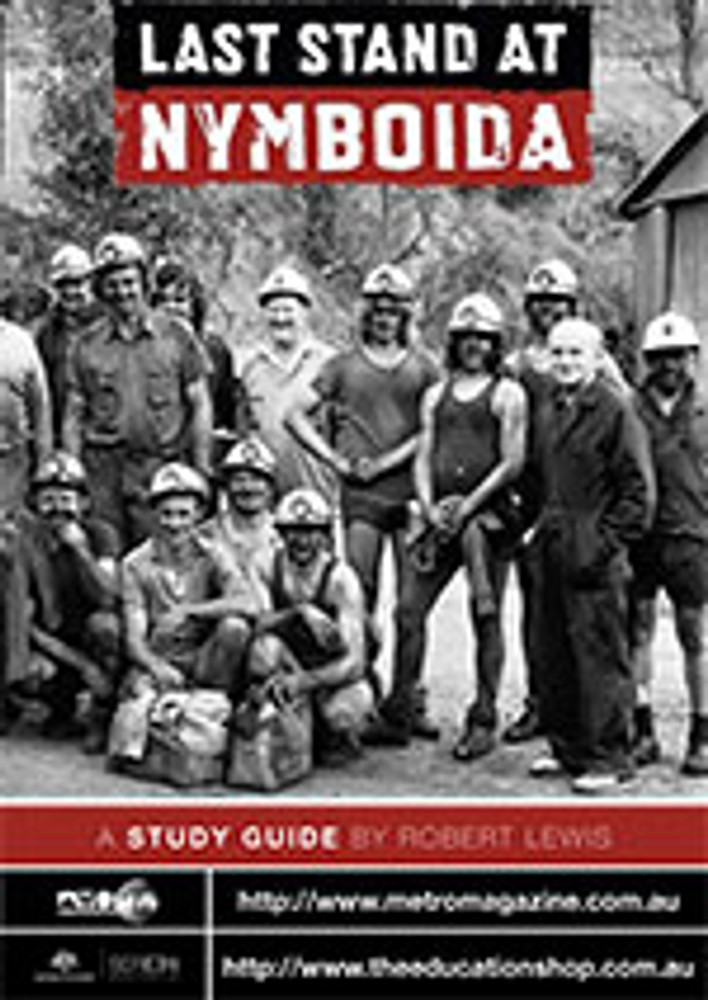 Last Stand at Nymboida (Jeff Bird, 2010, 56 minutes) is the remarkable story of the historic 'work-in' and takeover of the Nymboida Colliery by a group of underground mineworkers who refused to accept the sack and the loss of their entitlements when their employer declared bankruptcy in February 1975.

The announcement of bankruptcy was devastating for the mineworkers. Unemployment in the NSW northern district area of Grafton, where the mine was situated, was among the highest in Australia. In addition, the mineworkers faced the loss of severance pay, annual leave and other entitlements.

Their refusal to accept the sack and the subsequent work-in led to a series of negotiations involving the Miners' Federation (union), the Joint Coal Board and the conservative NSW government of the day, which finally resulted in ownership of the mine being handed over to the Miners' Federation, in return for the debts owed by the operating company being discharged.

The Nymboida mine was run by the union and the workers through a company, Union Coal Mining Pty Ltd, for the next four and a half years, with all employees retaining their jobs. The mine finally closed in August 1979 when its sole market, the Koolkhan Power Station, was decommissioned.

By then, Nymboida workers had received over $1.25 million in gross wages, money which, if it had not been for the work-in and takeover, would have been lost to the mineworkers and their families, and to the Grafton community. In addition, all the mineworkers – including five who had retired during the years of the union's operation of the mine – received their full benefits when the mine closed.

The successful takeover of the mine by the workers also triggered a new chapter in industrial history. Nymboida had proved that a trade union could profitably operate a mine where a private company had failed. This was a lesson not lost on the NSW Wran Labor government. In October 1979 they responded by granting the Miners' Federation a replacement mining lease for a modern coal mine in the rich Upper Hunter Valley region of NSW, which is operated today by United Collieries.

A major outcome of the union's involvement with United was the formation of the Mineworkers Trust, a foundation that has put millions back into communities throughout Australia. Last Stand at Nymboida is a remarkable and unique story, and the events it depicts saw the Miners' Federation become the only union in Australian and international history to take control of a mine.

Last Stand at Nymboida is an excellent resource for Australian History; specifically, it can be used as a classroom model for students' investigation of a local event.