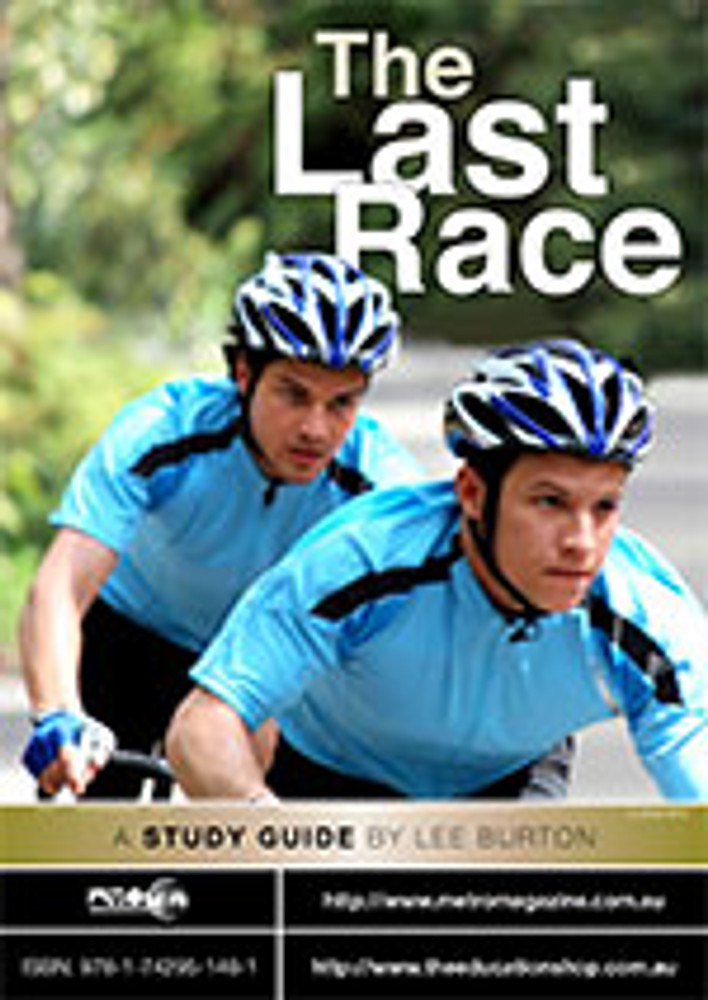 The Last Race is both a compelling drama and a film that explores an issue that affects thousands of Australians every year, both as donors and recipients of organs and tissues. The film's power is that as a drama it draws the audience into the life-and-death moments of its characters, as well as realistically and compellingly depicting the medical, social and moral issues around organ and tissue donation.

The film has been produced as a wake-up call to all of us about the need to increase Australia's organ and tissue donation rates and the resulting deaths of people who could have been saved. It asks us to consider becoming donors and discussing our wishes with our loved ones.

Through viewing this film, students from secondary to tertiary level will have the opportunity to learn about the science of organ and tissue donation. They will learn how considering donation, discussing it with their families and friends, and becoming donors will contribute to the wellbeing of others.

The study guide has been written to incorporate many subject areas, and the topics and themes can be discussed in home groups, pastoral care, religious groups and community groups. Discussing and analysing the film will also develop skills of critical analysis and media literacy.

Schools across Australia are already involved in awareness raising and fundraising through programs run by DonateLife and other organisations. See http://www.donatelife.gov.au/the-authority/our-sector-/community-organisations.

This project is supported by the Australian Government.