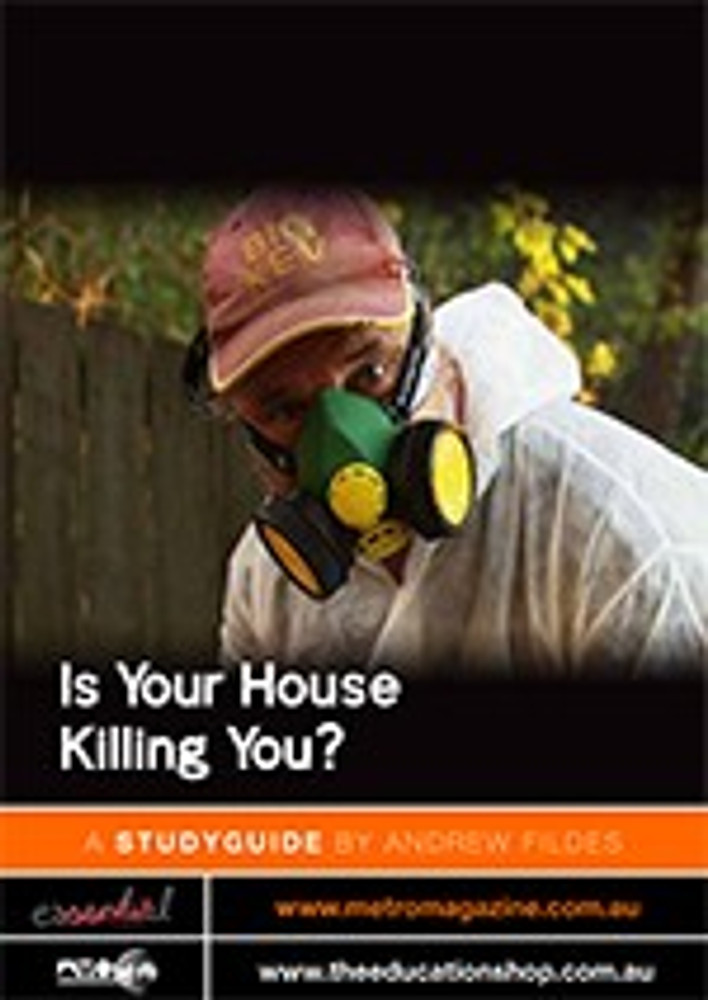 Is Your House Killing You? (ATOM Study Guide)

You'd wear a hard hat on a building site and a respirator in a spray booth but what do you do at home? The indoor air of the your home can have up to five times more chemical pollution than a typical industrial area with concentrations of some carcinogenic (cancer causing) substances 100 times greater than outside. Some of our behaviours actually cause the concentration of toxic vapours, fumes and dusts in ways that would never be allowed in a workplace.

What on earth could be causing such a dangerous situation? Is the health of school students at serious risk when they go home and if so, how can they recognise it and what can they do? How many students in an average class suffer from asthma or skin problems?

This series looks at possible explanations for mysterious health problems. The families interviewed and investigated display a range of health disorders that they may have assumed 'ran in the family' or were normal in some way. In fact, they are all caused by or worsened by factors in their homes. Scientists use techniques familiar from popular forensic dramas on television to identify the problems – they act as health risk detectives.

This study guide has two parts.

The first is an overview of the problem with common resources, general principles and concepts that apply to every episode. It includes materials such as a glossary of the scientific and social terms used – the jargon – and items such as a common viewing sheet and homework investigation questionnaire.

The second part includes specific materials for each episode, including issues arising from the problems identified in the episode and background information on the products and problems.