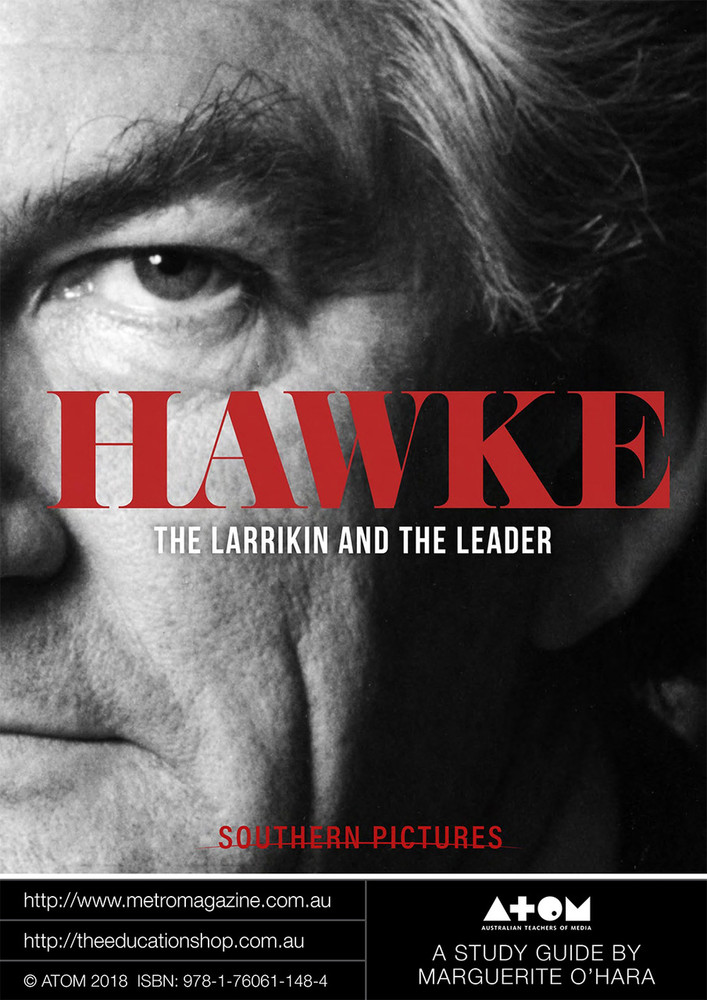 Hawke - The Larrikin and the Leader (ATOM Study Guide)

From the moment he arrived on the national scene as a fiery trade unionist, Bob Hawke was the rock god of Australian politics. But Hawke was also a man beset by demons, whose personal life nearly torpedoed his career.

Are we likely to ever see another Bob Hawke again? How did he impact Australia? And what does his story tell us about politics and leadership then and now?

From his barnstorming arrival on the national scene as a trade unionist unlike any other to his eventual exit as the first Labor Prime Minister to be rolled by his own party, this 2 x 1-hour television documentary unpacks the paradoxes, conflicts and triumphs of Hawke's leadership and legacy.

Drawing on extensive television interviews with Bob Hawke, as well as firsthand accounts from those on all sides of politics and society – from John Howard and Bill Kelty to John Eales and Peter Garrett; Meredith Burgmann and Blanche d'Alpuget to Dennis Richardson and Susan Ryan – this political biography reveals the times and the man that helped make Australia what it is today.

It's the story of a man riven with contradictions. The young boy brought up in a Christian family to fight prejudice and use his 'God-given' brain to achieve leadership became a reckless drinker and philanderer.

Hawke The Larrikin and the Leader is a documentary film that can be used with middle, senior secondary and tertiary students in a number of curriculum areas: