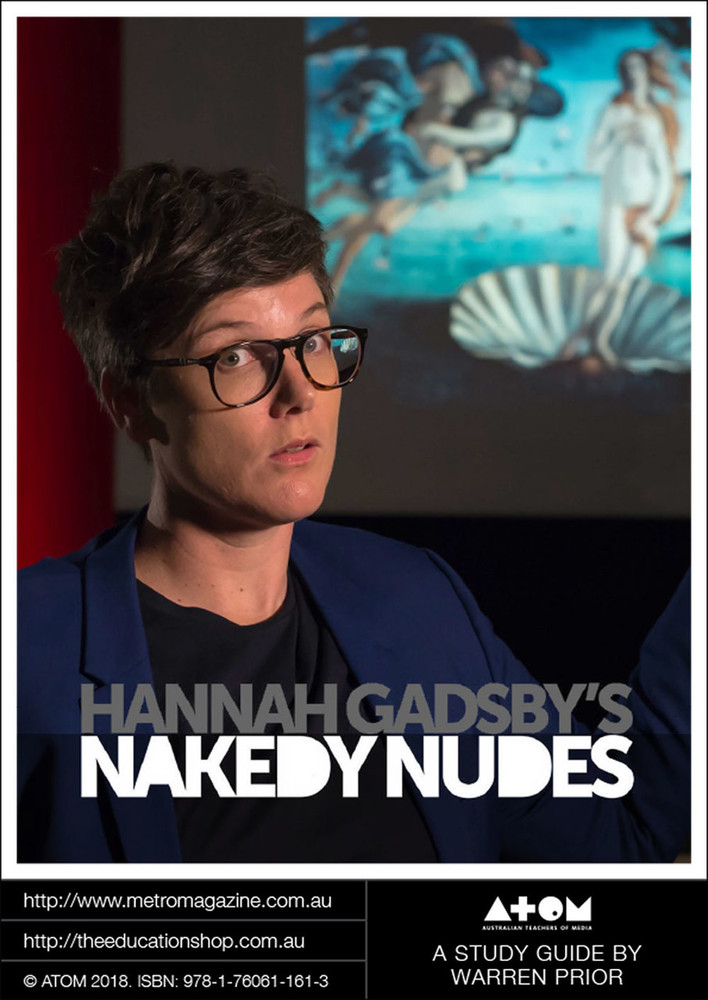 Hannah Gadsby's Nakedy Nudes is a two-episode exploration of the portrayal of the nude in art. Made for ABC television in association with Create NSW by comedian Hannah Gadsby, it is directed and produced by award-winning Brendan Fletcher.

Hannah Gadsby's Nakedy Nudes has a number of curriculum links, including:

Hannah Gadsby's Nakedy Nudes throws up a wide range of very important social, cultural, aesthetic, and even political issues that are of both interest and relevance to all Australians. Many of these cross-curricula issues are included in both state and national curricula.

Ewing (2010), in a seminal research monograph about the potential of the Arts in learning notes that students come to a special understanding – aesthetic knowledge – of the three worlds of perception: the world of themselves ('me'), their world of relationships and their society ('us' and 'you'), and the world beyond ('it' and 'them').

The Melbourne Declaration on Educational Goals for Young Australians (December 2009-18), frames the Australian Curriculum. It states that:

As well as knowledge and skills, a school’s legacy to young people should include national values of democracy, equity and justice, and personal values and attributes such as honesty, resilience and respect for others … high-quality schooling that is free from discrimination based on gender, language, sexual orientation, pregnancy, culture, ethnicity, religion, health or disability, socioeconomic background or geographic location.

In addition to the overarching aims of the Australian Curriculum: The Arts, visual arts knowledge, understanding and skills ensure that, individually and collaboratively, students develop:

Various state Arts curricula, for example in Victoria, also refer to many ideas raised in this documentary, noting that students learn about the role of the artist, about the relationships between the viewer and artworks, about visual perception, about viewing the world through various lenses and contexts. They recognise the significance of visual arts histories, theories and practices, exploring and responding to artists helps students to develop understanding of world cultures and their responsibilities as global citizens.

So, in summary, there are compelling reasons for considering this documentary as a relevant teaching and learning resource. How it is used is in the hands of professional skills of the teacher.