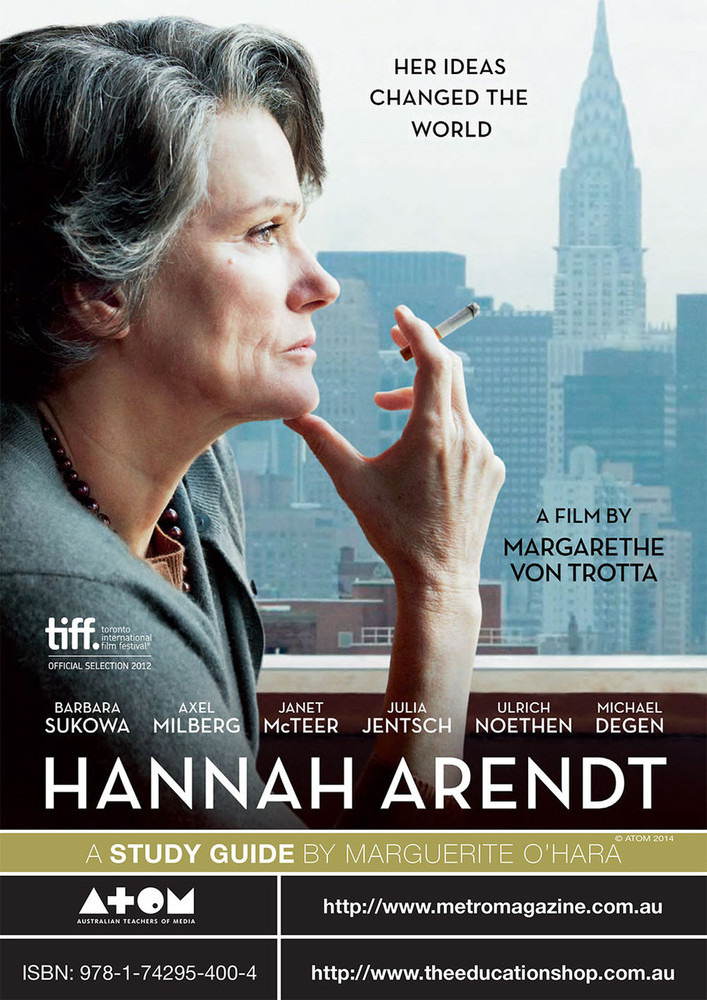 The light that comes from a person's works enters directly into the world and remains after the person dies. Whether it is large or small, transitory or enduring depends upon the world and its ways. Posterity will judge.

The light that comes from a person's life – spoken words, gestures, friendships – survives only in memories. If it is to enter into the world, it must find a new form. A story must be made from many memories and stories.

– Elisabeth Young-Bruehl, author of the biography Hannah Arendt: For Love of the World

Hannah Arendt (Margarethe von Trotta, 2013) is a portrait of a genius who shook the world with her use of the expression 'the banality of evil'. After she attends the Nazi Adolf Eichmann's trial in Jerusalem in 1961, Arendt dares to write about the Holocaust in terms no-one had ever heard before. Her work instantly provokes a scandal and Arendt stands strong as she is attacked by friends and foes alike. But as the German–Jewish émigré struggles to suppress her own painful associations with the past, the film exposes her beguiling blend of arrogance and vulnerability, revealing a soul defined and derailed by exile.

The film would be suitable for senior secondary and tertiary students. In traversing the life and times of an important writer and academic whose writings have had an enormous influence on contemporary thinking, it has a great deal to offer across a number of subject areas, including: