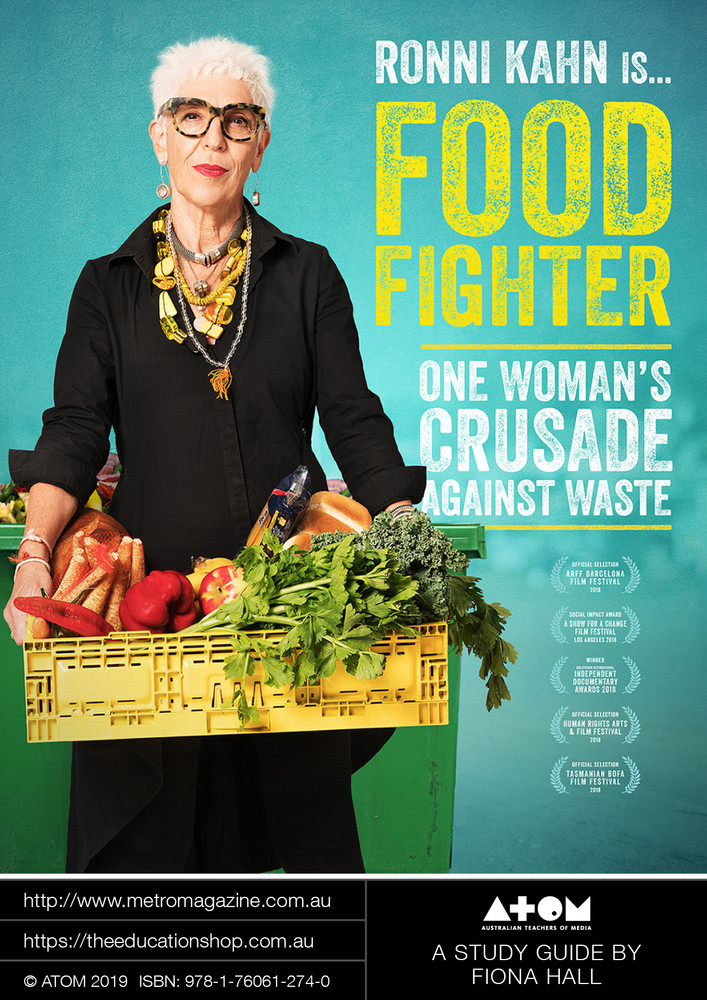 Ronni Kahn used to be a contributor to Australia's annual $20 billion food waste bill by running a successful corporate events company producing million-dollar dinners. When she realised the absurdity of throwing away perfectly edible food, Ronni traded capitalism for social activism by founding OzHarvest, a food rescue charity, in 2004.

Now, she's taking on politicians and big businesses to expose an inconvenient truth: that 4 million tonnes of edible food is discarded in Australia every year while up to 2 million Aussies suffer from food insecurity. And to add insult to injury, this food waste ends up in landfill, harming the environment by creating greenhouse gas emissions.

Filmed over two years and across four continents, Food Fighter follows Ronni's crusade against the global food waste scandal. She rubs shoulders with British royalty and Jamie Oliver's juggernaut in London, and holds the Australian government to account. Conceding she lacked the 'courage' to stay and fight the apartheid regime in her mother country, South Africa, Food Fighter also follows Ronni's road to redemption, an inspirational woman bidding to make peace with her past.

In the end, however, the film reveals what sort of individual it takes to effect such profound change globally.

Food Fighter can be linked to the following subject areas within the Australian Curriculum:

It also links with the Australian Curriculum's cross-curricular priority of Sustainability.