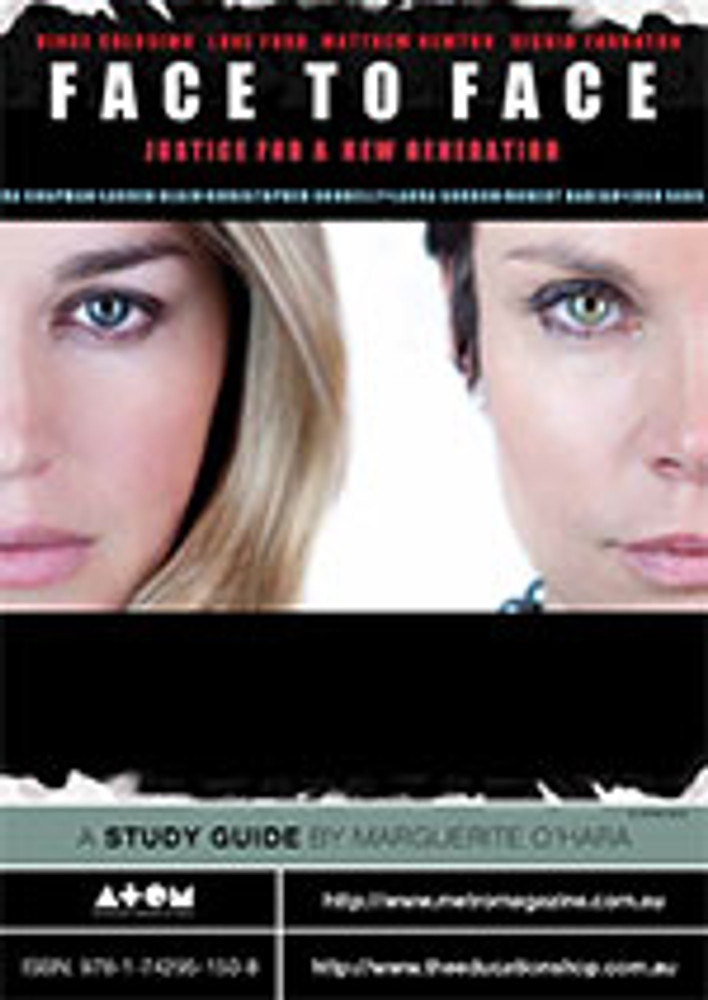 Face to Face is a drama directed by Michael Rymer. He adapted the film's screenplay from a 2000 play by David Williamson. The film and the play are based on case notes from actual mediation sessions. While the film has some of the characteristics of both a documentary and a stage play, it is a dramatised account of workplace conflict with the main characters played by some of Australia's best known actors, including Sigrid Thornton, Vince Colosimo and Matthew Newton. Much of the film takes place in a room where attempts are made to resolve the conflict through mediation, using a form of community conferencing sometimes described as restorative justice. However, the events that led to the current situation are shown in dramatic flashbacks which reveal the roles of the participants in events that led to the conflict and this conference. By sitting down and talking about what happened from a number of perspectives, will some kind of resolution be reached?

A young construction worker rams his car into the back of his boss's Jaguar in a fit of anger at being sacked. Rather than fronting court, he's given the chance to explain his actions in a community conference.

Ten Australians from diverse backgrounds sit down to determine the fate of this young man. Face to Face is about lies, betrayal, sex and bullying in the workplace. The face-to-face confrontation between the young man, his boss, his boss's wife, co-workers, best mate and mother lifts the lid not only on his dysfunctional life but also on their workplace dirty laundry, turning all their lives upside down.

Face to Face would be an excellent film to show to students at middle and senior secondary levels in any of the following curriculum areas: