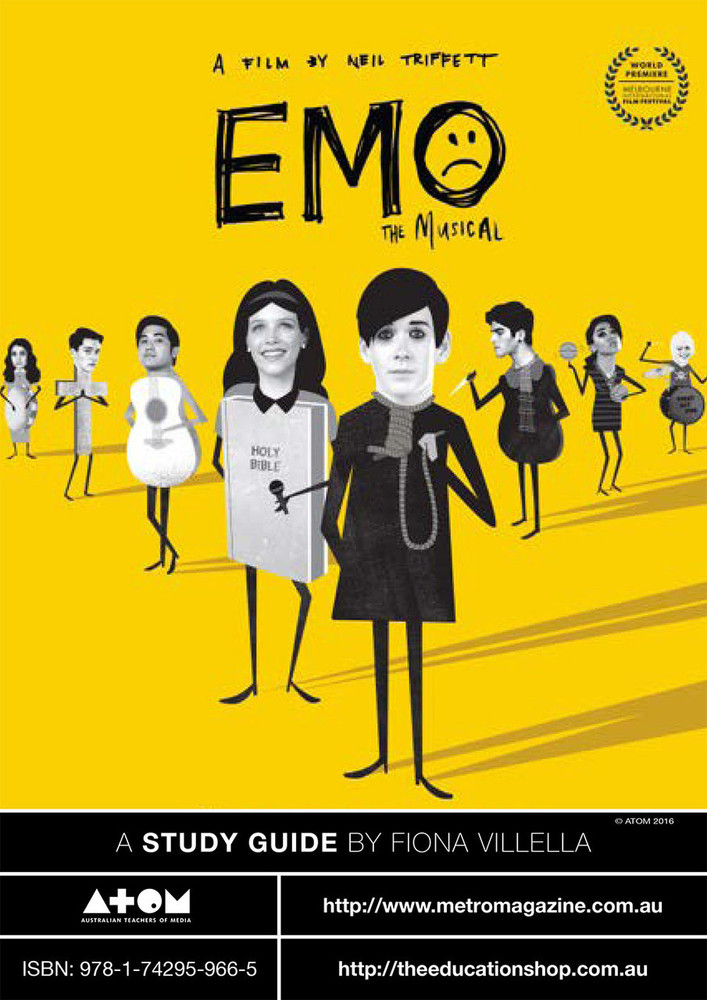 Based on the 2014 Berlinale award-winning short film, EMO the Musical is a feature-length, irreverent and satirical high-school musical.

Emo Ethan has just been expelled from his private school after attempting suicide in the courtyard. On his first day at his new school – the dilapidated Seymour High – he meets Trinity, a totally naive but cute Christian girl who is desperate to convert him to Jesus.

But joining the Christian evangelists is the last thing on Ethan's mind. What he really wants is to join the school's alternative rock band Worst Day Ever and to be part of the emo clique, led by the enigmatic and dangerous Bradley.

After a successful audition, Ethan is welcomed into the emo world and embraces his image – complete with black eyeliner and coupled up with a violently possessive girlfriend, Roz.

But Ethan can't stop thinking about Trinity, who is herself stuck in a restrictive world of dogma and denial, and they secretly fall in love.

With the looming annual State School Rock Competition bringing tensions in the school to an all-time high, and with the burgeoning turf war between the Christians and the emos set to explode at any moment, Ethan is forced to confront the hare-brained actions of his friends and question who he has become.

EMO the Musical is relevant to studies of Year 10 English Literacy and Literature.