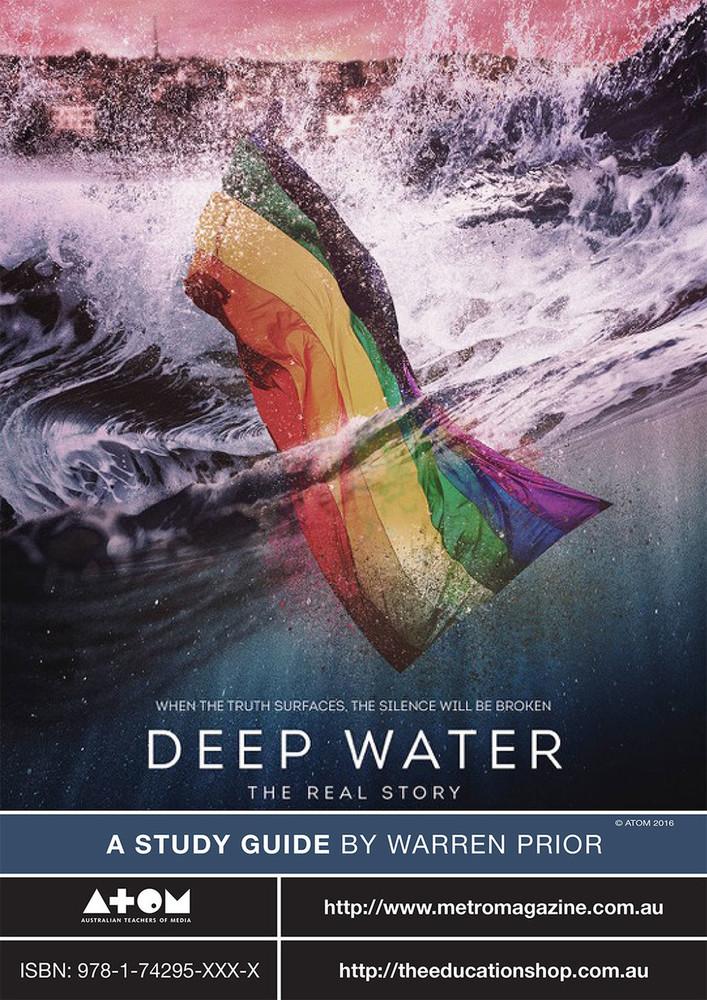 Deep Water: The Real Story is an 87-minute documentary produced by Blackfella Films. In one sense it could be called a historical documentary, however the issues this documentary raises are very universal and relevant to our world today.

The documentary presents an account of the gay hate crime 'epidemic' that hit Sydney in the 1980s and 1990s. It is said that up to eighty murders, thirty unsolved cases and thousands of assaults occurred during this period. It documents in vivid detail the extent of this crime wave, the ramifications and outcomes of which continue to the present day.

This is a story told by a number of stakeholders, including victims, perpetrators, police, reporters, family members and the judiciary, spanning three periods of time – the 1980s, the 1990s and post-2000. Discussions with stakeholders continue through these three periods with the aim of building a case for the continuing need for justice for the victims and their families.

A four-part crime drama series inspired by these real events and also titled Deep Water was recently broadcast on SBS television. This drama series was also produced by Blackfella Films. Deep Water: The Real Story is a documentary and its title is intended to differentiate it from the drama series. Teachers and students may have already seen the drama series and a preliminary discussion before viewing this documentary might focus on the differences between these two formats. The challenge for viewers in watching this documentary is to examine the evidence presented and then to decide if this is 'the true story'.

Intended viewers
This program is rated MA. Teachers will need to view the documentary closely before deciding to show it to students. The focus on sexual identity may raise a number of sensitive issues among your students, so sensitive pre-viewing discussions will be necessary. The film also contains confronting images and crude language. It is suitable only for senior students.