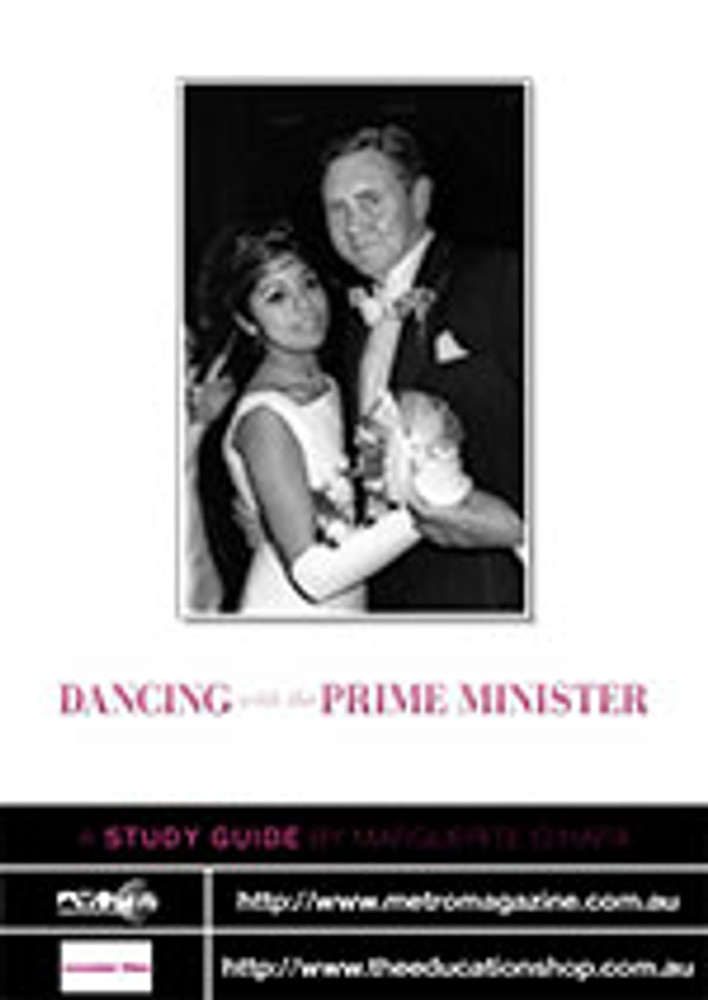 More than forty years later, those debutantes reflect on what this occasion meant for them. This half-hour documentary is about an event that today might seem quite remote, but there is more to this story than such a response might suggest.

Dancing with the Prime Minister is a half-hour documentary about a remarkable night in the winter of 1968 when twenty-five young Aboriginal women made their debut at a ball. The film brings to the screen an extraordinary story and the context in which it was played out – an era when Australians were optimistic about race relations but still living with the stain of the Stolen Generations policy.

The film tells its story through the experiences and lives of those who were there on that balmy night – the Indigenous debutantes, the Aboriginal activists, the white establishment and the fashionable society set. While telling these stories, Dancing with the Prime Minister sheds new light on a largely unexplored but absorbing moment in modern Australian history and culture. Forty years on, Dancing stops to reflect on the historical significance of the event and looks at the loss of that sense of confidence in race relations that was felt so strongly on the night of the ball. While the film explores the history and social context of the night, it is primarily a human story – it reveals the pride and laughter that an occasion of joy, dressing-up and feeling good amid hard times can engender.

This is a film about searching for acceptance; a story about trying to fit into a culture that rejects you, and learning that sometimes fitting in means changing not yourself, but the culture that defines you.

This film would be of interest to middle and senior secondary students of:

Will Australia Ever Have a Black Prime Minister? (ATOM Study Guide)