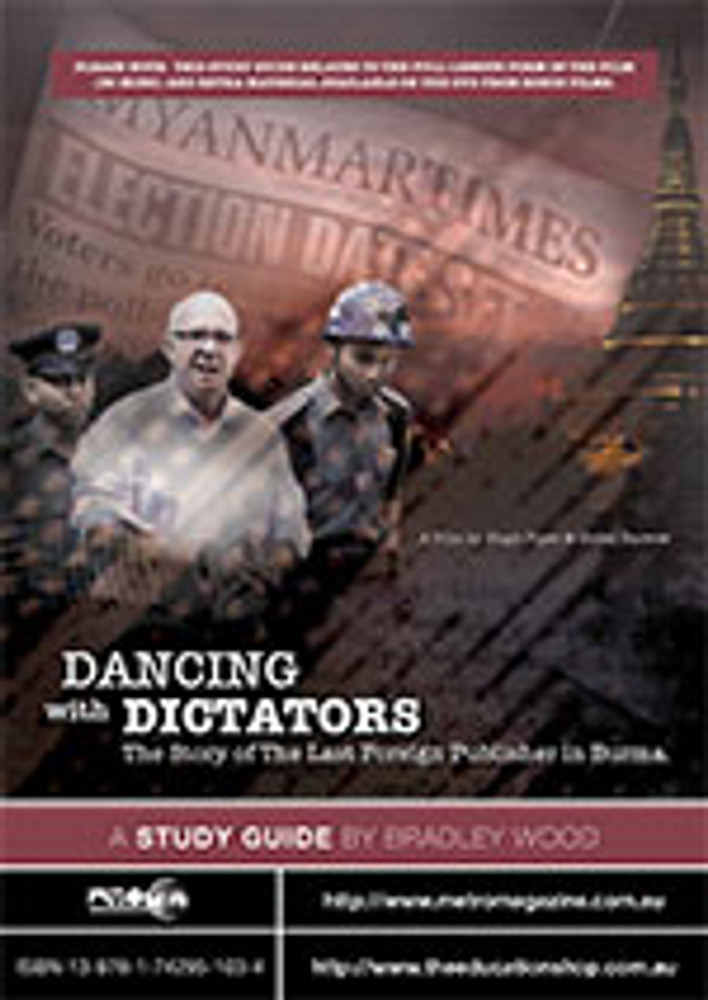 Dancing with Dictators: The Story of the Last Foreign Publisher in Burma (Hugh Piper and Helen Barrow, Evershine, 2011) is an eighty-minute documentary which looks at repression in Burma through the dilemmas facing an Australian publisher and journalist, Ross Dunkley, as he attempts to build a profitable newspaper in one of the most controlled, censored and dictatorial nations on earth.

Foreign media are restricted in Burma so the filmmakers arrived ostensibly as 'technical consultants' to Myanmar Times but in reality to film its staff as they covered the historic elections of 2010. Agreeing to their presence entailed significant risk for Ross Dunkley and his staff, and Dunkley even mentions the possibility that the regime could use this subterfuge as an excuse to cast him out and take over the newspaper – a prediction soon seen to be a very realistic assessment.

The story unfolds on many levels. We see the personal sacrifices and the impact of events on the lives of Dunkley and the journalists of Myanmar Times. We are also introduced to the unfolding drama of the 2010 election, the day-to-day operation of press censorship and the broader issues of the struggle for human rights and freedoms which we take for granted in Australia.

Burma, or Myanmar as the ruling military regime renamed the country in 1989, has been controlled by army generals since a coup by General Ne Win in 1962 deposed the elected civilian government.

The complex and sophisticated nature of the concepts and politics in this documentary are suited to senior secondary and tertiary level students studying subjects such as Politics, Government, Modern History, Asian Studies, Media Studies and Sociology.