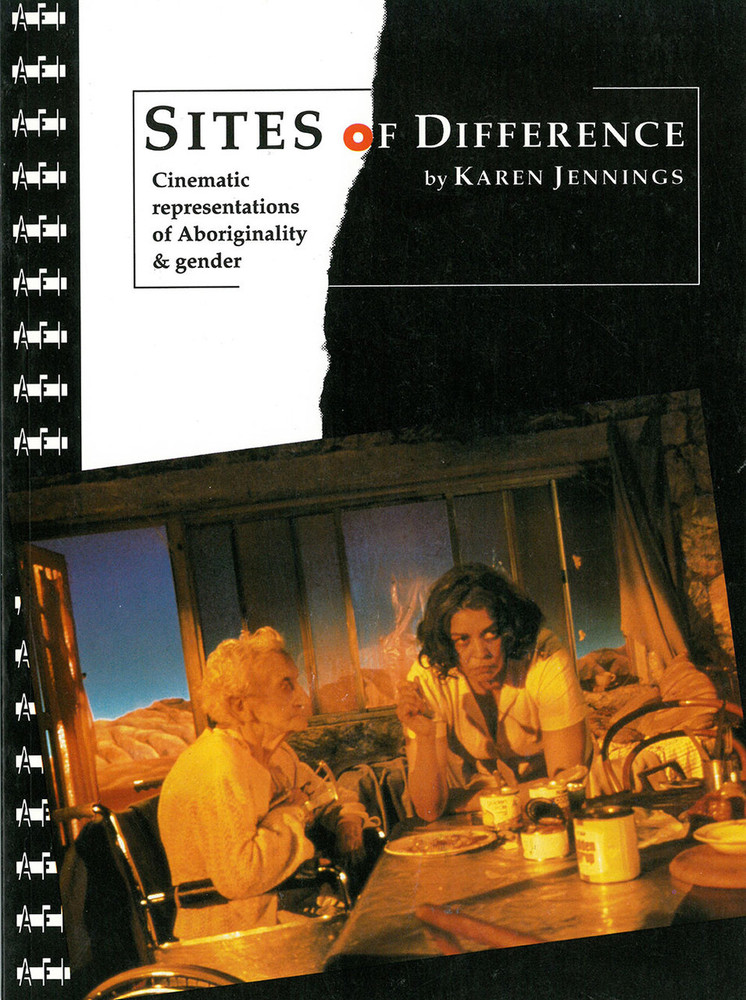 Sites of Difference: Cinematic Representations of Aboriginality and Gender

This monograph – number 1 in the Moving Image series – was first published in 1993 and has been made available again with a limited release.

In this analysis of Australian films ranging from Jedda (Charles Chauvel, 1955) to Deadly (Esben Storm, 1990), Karen Jennings examines a range of features, documentaries and experimental films, all of which have a substantial focus on Aboriginal women. She argues that mainstream Australian films typically mythologise Aboriginality. While these mythologies are often well-intentioned, they inadvertently circumscribe Aboriginal people within romantic, ahistorical categories.

Jennings identifies an Australian discourse in which sites of racial difference are repeatedly set up and marked as natural. Few films acknowledge the ways in which class and gender intersect with race. Most ignore or marginalise urban, contemporary Aboriginality and focus instead on the exotic and the traditional. However, all of these films are rife with ambivalence and contradiction, and Jennings’ detailed and perceptive readings acknowledge these complexities.

This discussion is distinctive in bringing together theoretical work on representation and race with analysis of the specific historical contexts, cinematic conventions and modes of address which position spectators in particular ways. Her discussion spans features such as We of the Never Never (Igor Auzins, 1982), Backlash (Bill Bennett, 1986) and The Fringe Dwellers (Bruce Beresford, 1986), documentaries such as Two Laws (Alessandro Cavadini and Carolyn Strachan, 1982) and the experimental works Nice Coloured Girls (Tracey Moffatt, 1987) and Night Cries (1990).

Karen Jennings is a Senior Lecturer in Communication Studies at the University of South Australia. Her research interests include media policy and Australian cinema. Jennings is active within film culture in Adelaide and is a board member of Film South.

Woman as Cure: Cynthia, 'Praise' and a Cinematic Politics of Difference