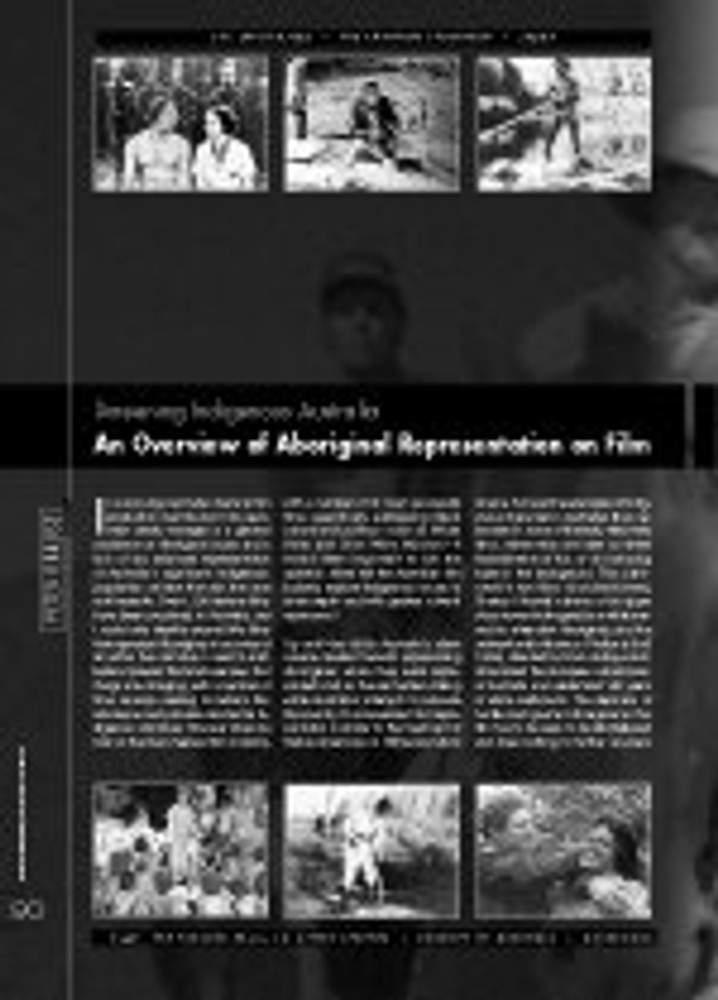 Screening Indigenous Australia: an Overview of Aboriginal Representation on Film

Peter Krausz addresses the issue of the Australian film industry's failure to explore indigenous issues in depth and with the resonance found in New Zealand films such as 'Whale Rider' and 'Once Were Warriors'. This article provides an overview of Aboriginal representation on film from the pre-1930s silent cinema representations of Aborigines as evil hordes stalling white Australia's attempts to colonise the country to recent releases such as 'Radiance', 'Australian Rules', 'Black and White', 'Beneath Clouds', 'The Tracker' and 'Rabbit-Proof Fence'.