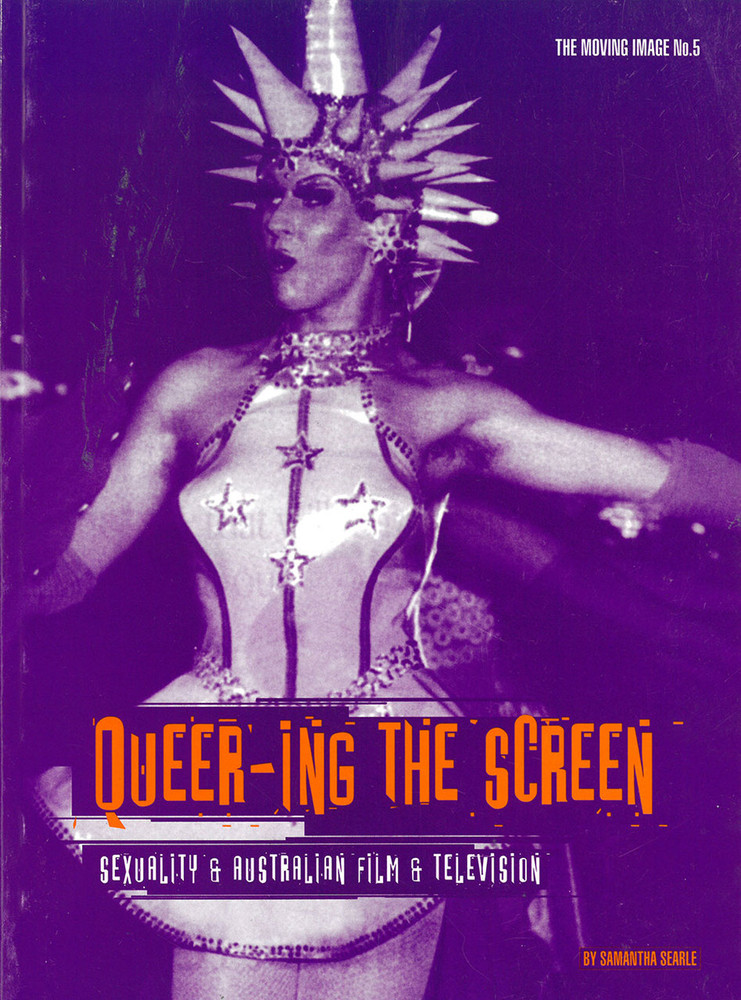 This monograph – number 5 in the Moving Image series – was first published in 1993 and has been made available again with a limited release.

‘One does not have to make absolute judgements of value to insist that judgements need to be made from the standpoint of the fitness of a practice for a specific cultural community.’ This statement by Sean Cubitt is the starting point for Samantha Searle’s examination of queer film and television practices within a framework of political function and effectivity.

According to Searle, three tasks are of major importance to such an examination:

In the context of these concerns, Searle examines a number of institutions and events, including the Australian Broadcasting Corporation (ABC), Special Broadcasting Service (SBS), community television and film festivals, and speculates on the opportunities and limitations of newer technologies such as pay television.

Queer-ing the Screen gives rigorous analysis of the points of intersection between queer sexualities and screen practices in Australia in the 1990s.

Samantha Searle taught and researched film and television in Brisbane and Toowoomba before moving to Scotland in 1995. She currently works on a university archive catalogue project and is the Reviews Editor of the Glasgow-based journal Australian Studies.

Out and Reel: Australian Queer Screen in an International Market