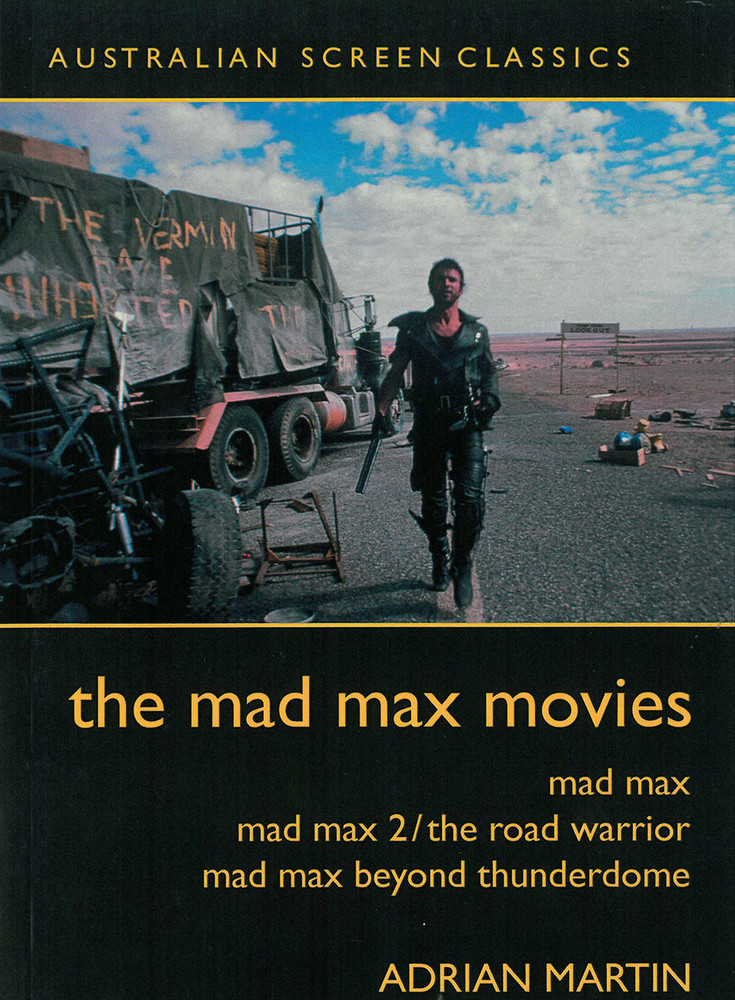 So writes leading film writer Adrian Martin in this sparkling new appreciation of the movies that rudely shook up Australian cinema and made Mel Gibson and George Miller internationally famous.

Martin compares the three movies sharing his views on which works best and why. In a chapter dedicated to each film, he looks at their critical reception and their themes, examines shooting techniques and provides a shot-by-shot of integral scenes.

Since Mad Max roared onto cinema screens in 1979, the films have developed a worldwide cult following and provoked numerous debates as to their meaning: are the films a study of masculinity in crisis, an investigation of good versus evil, a celebration of the Western (with wheels) or a frightening vision of the post apocalypse?

ADRIAN MARTIN, born in Melbourne, is a film critic for the Age. He is the author of Phantasms and Once Upon a Time in America, and co-editor of Movie Mutations. He has won the Byron Kennedy Award (1993) and the Pascall Prize for Critical Writing (1993). He is co-editor of the Internet film journal Rouge (www.rouge.com.au).