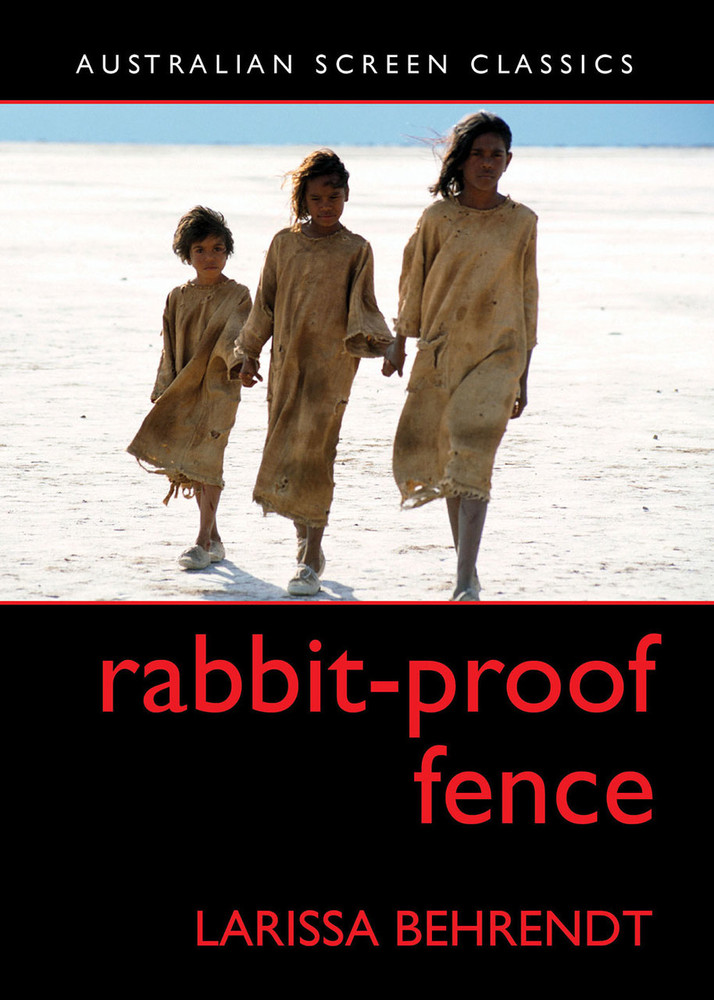 Written by Christine Olsen and directed by Phillip Noyce, Rabbit-Proof Fence tells the story of Doris Pilkington's mother, the then fourteen-year-old Molly Craig, her sister Daisy, aged eight, and cousin Gracie, aged eleven, who were all forcibly removed from their families at Jigalong in the Pilbara region of Western Australia in 1931.

Taken to the Moore River Native Settlement, a mission on the western Australian coast some 2000 kilometres from home, they were to be trained as domestic servants. Desperately home sick, Molly, Daisy and Gracie escaped, and following the rabbit-proof fence, they walked thousands of kilometres across desert back home, all the while being stalked by the authorities.

In this honest and frank account Eualeyai and Kamillaroi woman, academic and award-winning author Larissa Behrendt finds much about this story that resonates: the need and desire to find one's home, one's sense of place, one's sense of self. This is undoubtedly a universal quest but for Aboriginal people taken from their families, as these children were, that search for home, that need to feel complete, is all the more powerful.

LARISSA BEHRENDT is a Eualeyai and Kamillaroi woman. She is an academic and award-winning author, and is currently a Professor of Law and Director of Research at the Jumbunna Indigenous House of Learning at the University of Technology in Sydney. Her first novel Home won the 2002 David Uniapon Award and a 2005 Commonwealth Writer’s Prize. Her second novel Legacy was released in 2009 and won a Victorian Premier’s Literary Award. She is also the author of several books on Indigenous legal issues. In 2009, Larissa was named NAIDOC Indigenous Person of the Year and in 2011 she was named NSW Australian of the Year.

Rabbit-Proof Fence: The Journey of Feeling

The Other Side of the Rabbit-Proof Fence