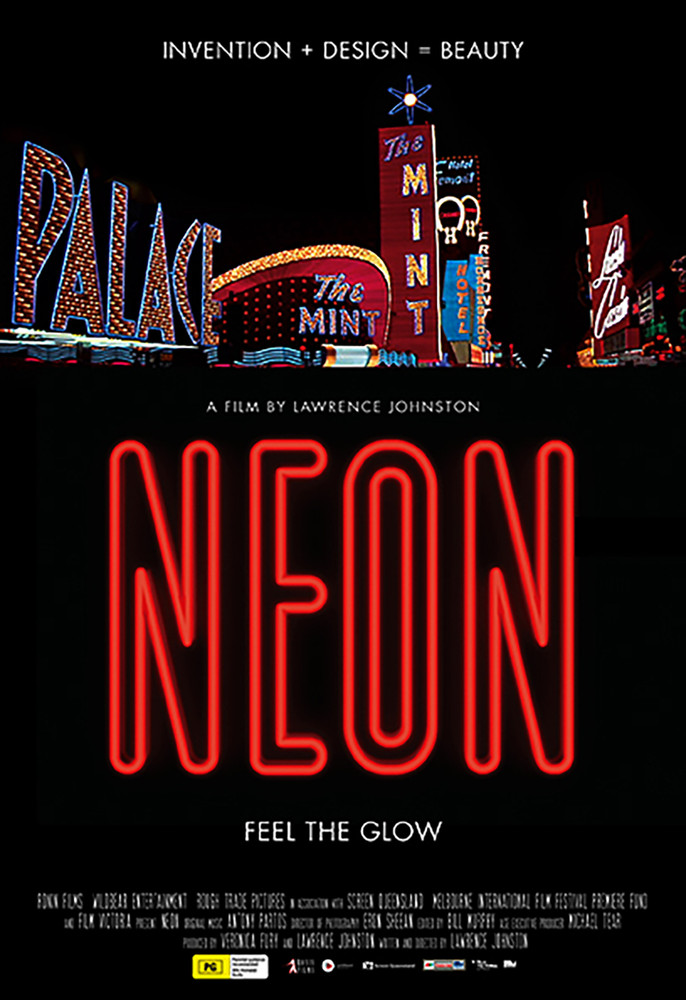 ‘A story of dazzle and glow, scale and fragility, art and commerce, a documentary love letter to neon lighting and its vivid, singular history.’ – Philippa Hawker, The Age

‘Energetic and infectious in its enthusiasm.’ – Sarah Ward, ArtsHub

Lawrence Johnston’s Neon is a brightly coloured journey through the American dream, exploring how neon became a beacon for the hopes of a country. As in his prior documentaries, Once a Queen, Fallout, Night and the classic Eternity, Johnston has created a visually resplendent cinematic poem that transcends documentary conventions.

Neon begins in Paris in the 1920s and moves across the Atlantic to America which became enthusiastic about the light as it spread across the 'neon hot spots' of the US - New York, Los Angeles and especially Las Vegas, the 'Neon Capital of the World', and now home to the famous 'Neon Boneyard'.

Johnston has collected a dazzlingly giddy group of neon enthusiasts:  people who have opened museums to classic neon as well as modern electric neon art; and people who tell stories of growing up in Las Vegas around the warming buzz of neon signs and being too distraught to watch them being torn down with the advancing of time. These people who have made neon their life give the film an urgency and a necessity in this ever-changing world.

It's also a movie for film lovers as it looks at how neon has played its part in cinema, creating atmosphere and glamour (sometimes faded) in films from Hollywood musicals to Psycho. Neon is a movie not only for those of us who hold a glowing love for Americana, mid-twentieth century design and saving the cultural world around us, but also enjoy surprising emotional and unexpected historic jaunts along the way.

It is a delightful spectacle of colour and light, music and history, design and cultural heritage.

Neon is also available to purchase on DVD here.