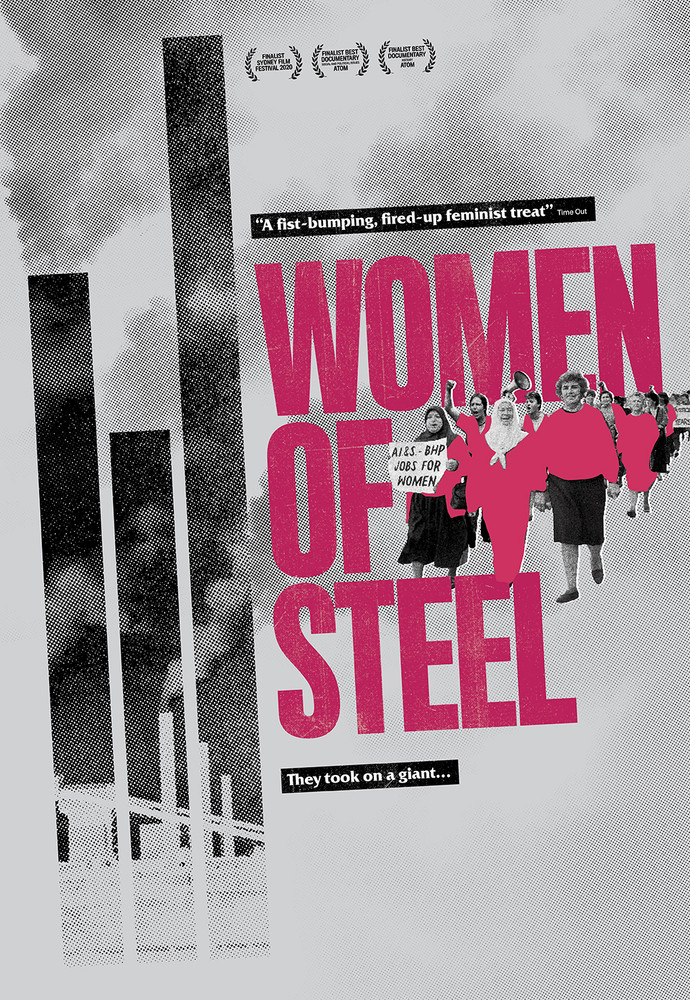 BHP, the city's largest employer, flat out refuse to hire women at their steelworks. Outraged, a group of women decide to take them on. Inspired by the fierce union and feminist movements of the time, they launch a political campaign calling for 'Jobs for Women'. Soon word gets out and they are joined by hundreds of migrant women, who face discrimination of their own. Their tactics include street protests, a tent embassy, and building alliances with friendly unions. New anti–discrimination laws seem promising, but they have not yet been tested in court. So the women launch a legal battle and take BHP – Australia's richest and most powerful company  to the highest court in the country. But it isn’t easy. While the company has bottomless pockets for its legal defence, the women struggle to access the most basic legal aid. Yet the movement grows. It shows how solidarity can not only overcome the biggest hurdles, but can affect real change in the world.

ATOM has also produced a study guide for Women of Steel. This study guide is available for download here.