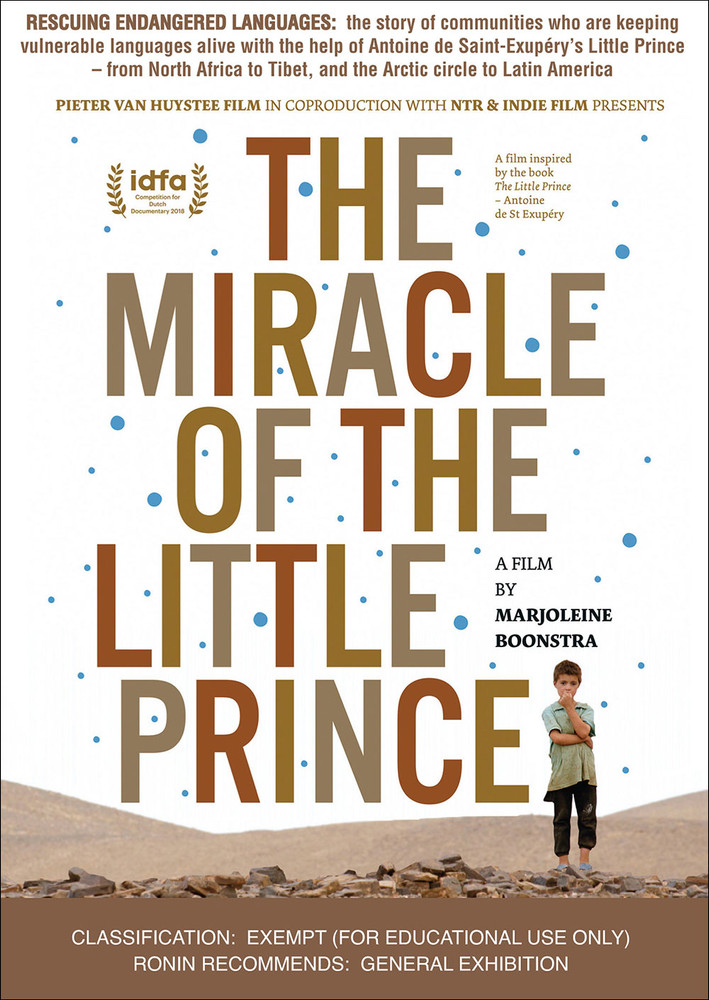 The story of how communities are keeping endangered languages alive with the help of Antoine de Saint-Exupéry’s Little Prince – from North Africa to Tibet, and the Arctic circle to Latin America.

In the desert, among the sand and stars, live writer Lahbib Fouad and his friend, the poet Omar Taous. For over thirty years they've been fighting for Tamazight, the Berber language that’s officially the second language of Morocco, but that's barely written or read. The fact that the little prince talks with animals is commonplace in their culture.

In El Salvador Jorge Lemus is venturing on a translation next year into Nahuatl, also called Pipil, an indigenous Aztec language. Today, it's spoken by only about 300 people after the Pipil people were massacred on a large scale in 1932.

ATOM has produced a study guide for The Miracle of the Little Prince. The study guide is available to download here.

Miracle of the Mountains

Matters of Consequence: Growing Up with The Little Prince