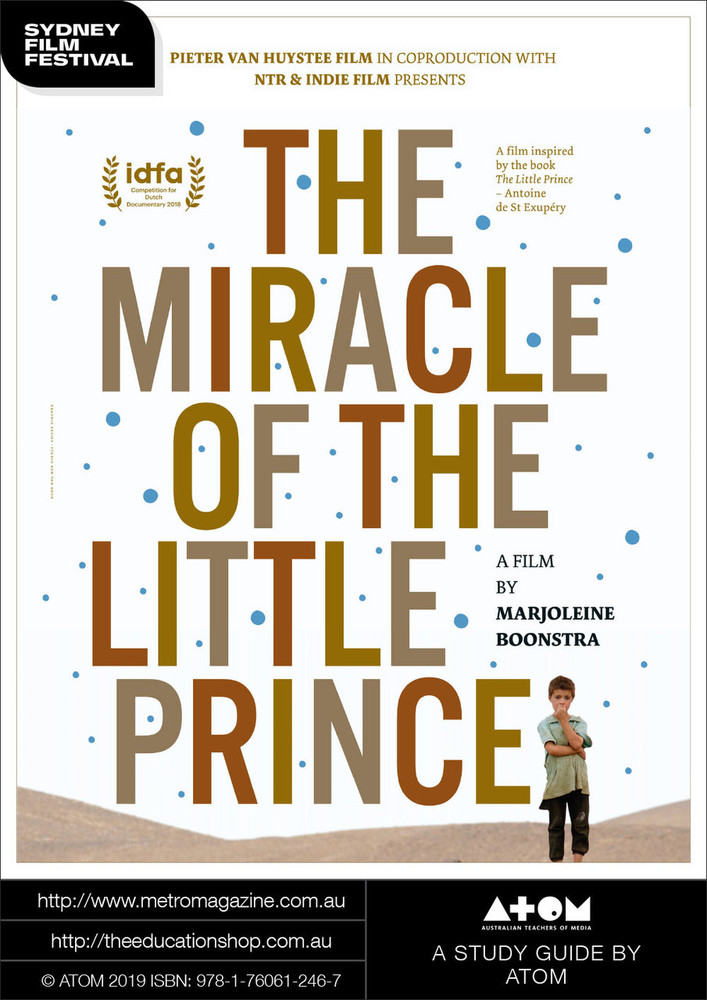 Next to The Bible, The Little Prince is the most translated book in the world. It has versions in over 300 different languages. Why do people from very diverse cultures choose this book to keep their languages and cultures alive?

From the night sky, where the little prince smiles at us on his star and where aviator and writer of the book Antoine de Saint-Exupéry felt most at home, the documentary The Miracle of The Little Prince lands in the desert. And, just like the little prince, the film travels around the world to meet people who make the inseparable connection between language, culture and landscape tangible.

In the desert, among the sand and stars, we meet writer Lahbib Fouad and his friend, the poet Omar Taous. Together, they have been fighting for over thirty years to save Tamazight, the Berber language that is officially the second language of Morocco. It is a language that is barely written or read.

In the land of the Sámi, at the border of Norway and Finland, there is Kerttu Vuolab. When she was young, she was bullied at boarding school because of her language and culture. After the tragic death of her younger sister who drowned in the river near her home, she was even lonelier than before. The Little Prince was her source of comfort during these tough times. While attending university, she decided to translate the book into Sámi.

In El Salvador, Jorge Lemus is venturing on a translation into Nahuat, also called Pipil, an indigenous Aztec language. The Pipil natives were massacred on a large scale in 1932. Today, Nahuat is an endangered language.

The Tibetan translation is by Tashi Kyi and Noyontsang Lamokyab. Both of them live as exiles in Paris, cut off from their family, their landscape, culture and language.Their language is under threat.

The story of The Little Prince connects these languages, cultures and landscapes. The book's words of comfort and hope find their echo in the struggle of the translators and their friends. These experiences of these translators from far and wide, despite their different cultures and languages, convince us that it is essential for people to be allowed to think, dream and speak in their native language.

In Years 7–10, The Miracle of The Little Prince is a relevant resource for meeting learning outcomes in:

In addition, The Miracle of The Little Prince relates to the general capability Intercultural Understanding within the Australian Curriculum.

In Years 11 and 12, The Miracle of The Little Prince is a relevant resource for meeting learning outcomes in:

The curriculum included in this student guide:

Teachers are advised to direct students to complete activities that are subject-relevant and age-appropriate. Activity sheets 1–4 have been included for use with junior secondary students.