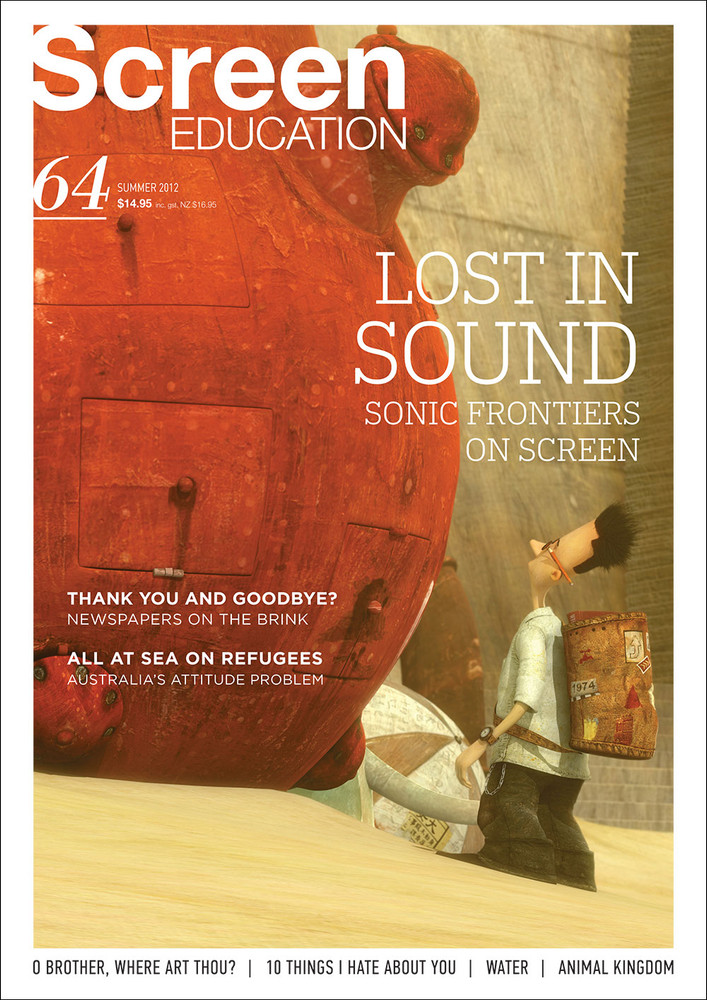 Features
'A Drop in the Ocean: Leaky Boat and Go Back to Where You Came From' – Myke Bartlett
'Brush with Mortality: Newspapers on a Knife Edge' – Dave Hoskin
'The Whole Truth and Nothing But the Truth?: "Inspired by a True Story"' – Brian McFarlane

Primary Years
'Step Back in Time: A Top-five Guide to Australian History Through Screen and Film' – Anne Vize

Teaching Media
'Exposing the Secrets of Raw Files: An Introduction to Processing Using Adobe Camera Raw' – Andrew Renault
'A Voice in the World: Podcasts and the Classroom' – Myke Bartlett
'More Than a Game: Examining Sport and Society with ESPN's 30 for 30' – Luke Rodesiler
'The Complete Picture: Teaching for Understanding Using the Visual Diary' – Melissa Wolfe

Film as Text
'Ironically Ever After: Undermining the Mainstream in O Brother, Where Art Thou?' – Paul Coughlin
'To Whelm or Not to Whelm: 10 Things I Hate About You' – Kim Edwards
'River of Life and Death: Women, Religion, Power and Purity in Water' – Thomas Caldwell
'The Scene of the Crime: Sifting Through the Visual Evidence in Animal Kingdom' – Gary Simmons