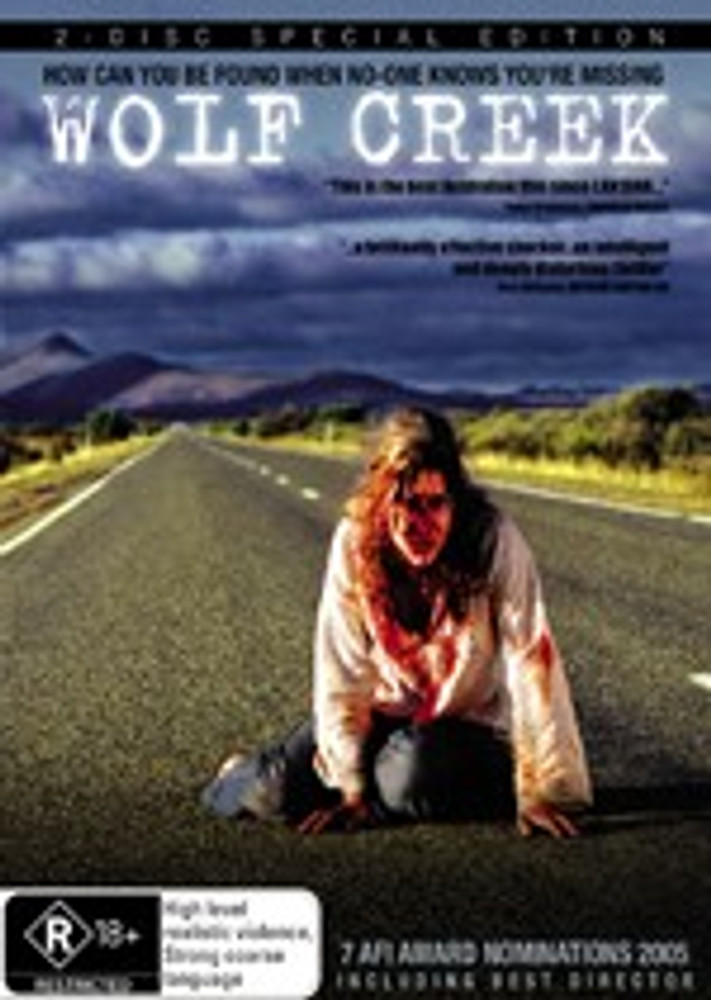 Inspired by Australia's most gruesome true crime stories, writer/producer/director Greg McLean has created a benchmark of modern horror, unflinching in its brutality and devastating in its psychological impact.

Mick Taylor (John Jarratt) is an outback force – a loner, a larrikin and an expert hunter. For years he hunted wild boars for a living but now he has switched to a different beast – tourists being his specialty. Mick greets his prey with a wry smile annd a laid back charm, and lures them back to his remote campsite ... and shuttered from the prying eyes of the world, carries out acts of unspeakable horror. Mick Taylor kills for fun, but never quickly.

Young backpackers, Kristy (Kestie Morassi), Liz (Cassandra Magrath) and Ben (Nathan Phillips) have just met Mick at Wolf Creek National Park. He's promised to fix their broken-down car after towing it back to his camp. What they are about to experience is to look into the eyes of a cold-blooded killer who knows no mercy.

You've heard people talk about the effect this film had on them, now it's time for you to travel to Wolf Creek yourself. Mick Taylor still hunts there.

The Hideous Blank at Wolf Creek