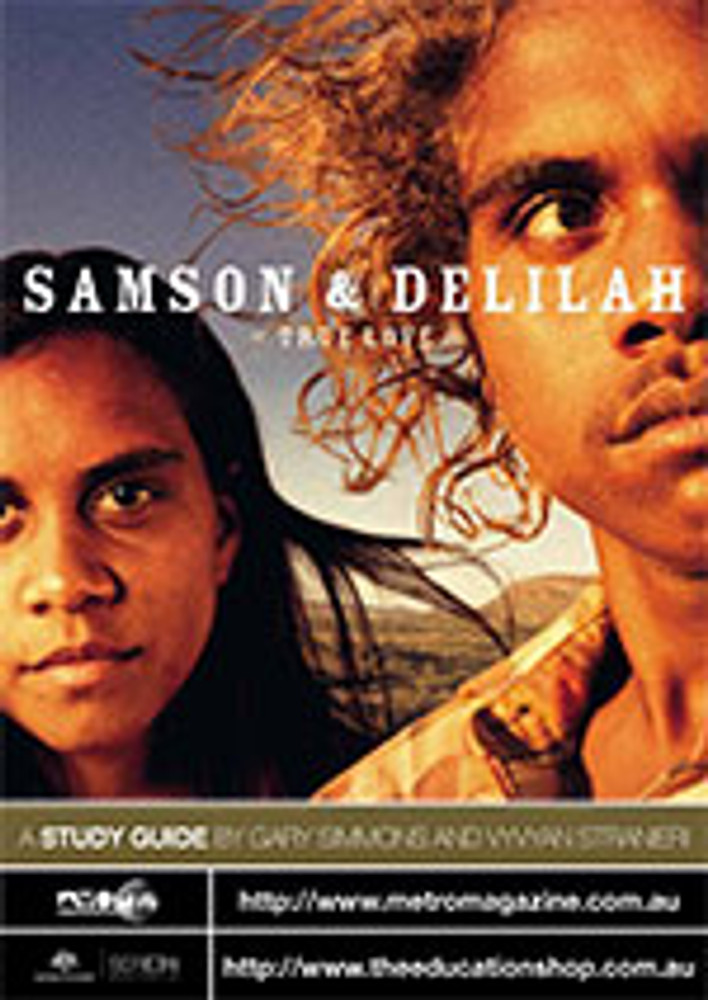 At the time of the publication of this study guide there is a lot of speculation on the film winning an Oscar at the 2010 Academy Awards where it has been nominated as a candidate for Best Foreign Language Film.

Samson & Delilah won the prestigious Camera d'Or award at Cannes (2009) and has had success at Toronto, Zurich, Munich and Telluride Film Festivals. It will also be screened at the London Film Festival.

Samson & Delilah is not only written and directed by Warwick Thornton, it is his debut feature after several short films which also have won national and international acclaim and prizes.

I think it should become a part of the Australian school curriculum and all kids should have to watch this film to get a greater understanding of their country and where it is at right now.

Warwick Thornton, the director, puts it so honestly and accurately in one of the many interviews he has done in the wake of the film's success. In an interview with Jim Schembri (The Age, 21 October 2009), Warwick Thornton asserts,

We gave Australians access to a place they'd never been before. The only time they'd ever been to that community or met kids like Samson and Delilah was on the five o'clock news! It's made me so proud and so happy that people were watching this film and getting access to information they didn't have before.

In light of the Rudd Government's official 2008 apology to Australia's indigenous people for past wrongs, Thornton believes Samson & Delilahcan also be seen as a back-handed post-Sorry film.

'"Sorry" doesn't fill fridges, either,' he says. 'It makes a lot of people stronger and makes them take bigger steps towards their future, but in my camp it pretty well doesn't mean anything.'

The 'sorry' word was designed for our grandmothers, and it did work. But for the Samson and Delilahs of the world it doesn't mean shit. When you're starving on the streets and you're homeless, that word just doesn't cut it.

This study guide provides a framework for discussion and writing, teaching and learning material, a running sheet and classroom activities to help teachers and students develop an understanding of Indigenous and non-Indigenous experiences in Australia as they are delineated in Samson & Delilah. The film simultaneously explores the gaps, but also the bridges that exist between two worlds. Given the Central Australian location of the film and its remoteness to the majority of viewers geographically and personally, this study guide has been written to enhance understanding of a world that is more often than not glossed over or misconstrued or subject to sometimes reductive conclusions via newspaper and television news reports in the large cities where most Australians live.

Said in Silence: Samson and Delilah