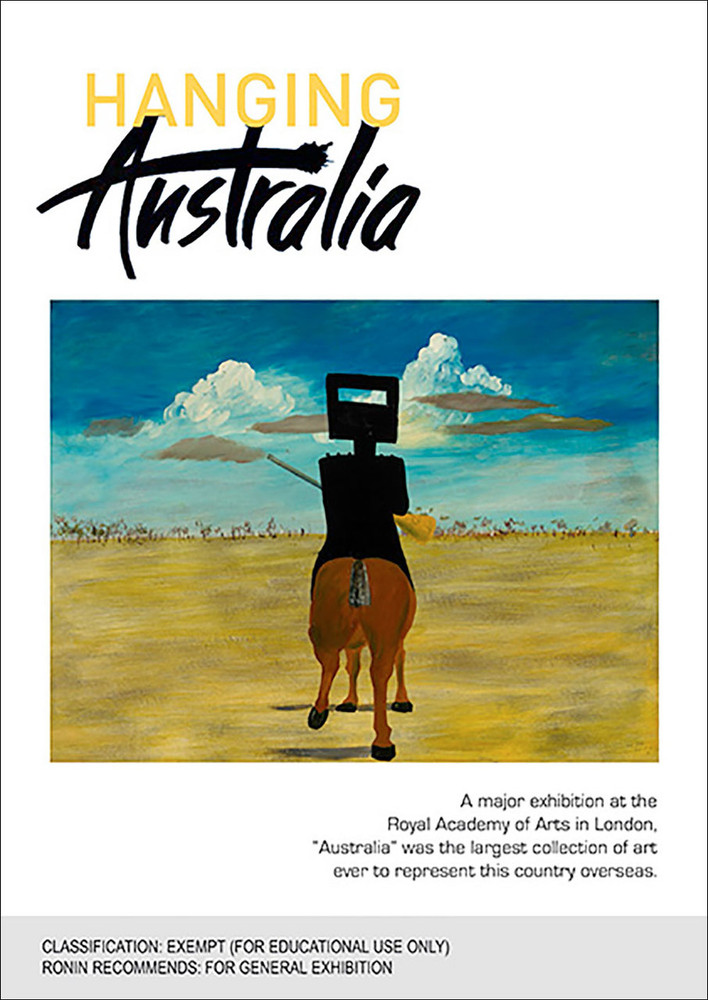 The selection of more than 200 artworks for the Australia exhibition at London’s Royal Academy of Arts was not without controversy. Drawn from collections across Australia, it included some of this country's greatest masterpieces and was the largest historical survey of Australian art ever to be displayed in Britain.

Beginning in the 1800s, the exhibition showed more than 200 years of Australian art on the theme of land and landscape. It also reflected the importance of country to Aboriginal and Torres Strait Islander people, with Australian Indigenous art-making up a quarter of the selection. In the film, we hear from artists and curators as the artworks make their journey from the gallery walls in Australia to the Royal Academy in London. And as the exhibition opens we observe those confronting Australia: casual visitors, critics and members of London's notoriously tough art establishment. The exhibition was structured around six themes and through these, the film takes us on encounters with some of the best-known names in Australian art: Tom Roberts, Frederick McCubbin, Margaret Preston, Grace Cossington Smith, Arthur Boyd, Russell Drysdale and Sidney Nolan, whose iconic Ned Kelly painting adorned the exhibition posters plastered on the walls of London Underground stations. John Olsen's hugely dramatic (and seriously misunderstood at least by one influential London critic) painting of the sun hung over the heads of visitors to the exhibition.

The film surveys the behind-the-scenes complexities involved in an international blockbuster exhibition, and provides an insight into how such a show offers a world perspective and appreciation of the cultural diversity of Australia as captured in its art.

Silent No More: How #MeToo Is Changing Australia

'Good Taste at Hanging Rock?': Historical Nostalgia in the Films of the Australian Revival

Growing Pains: The Changing Face of Community Television in Australia