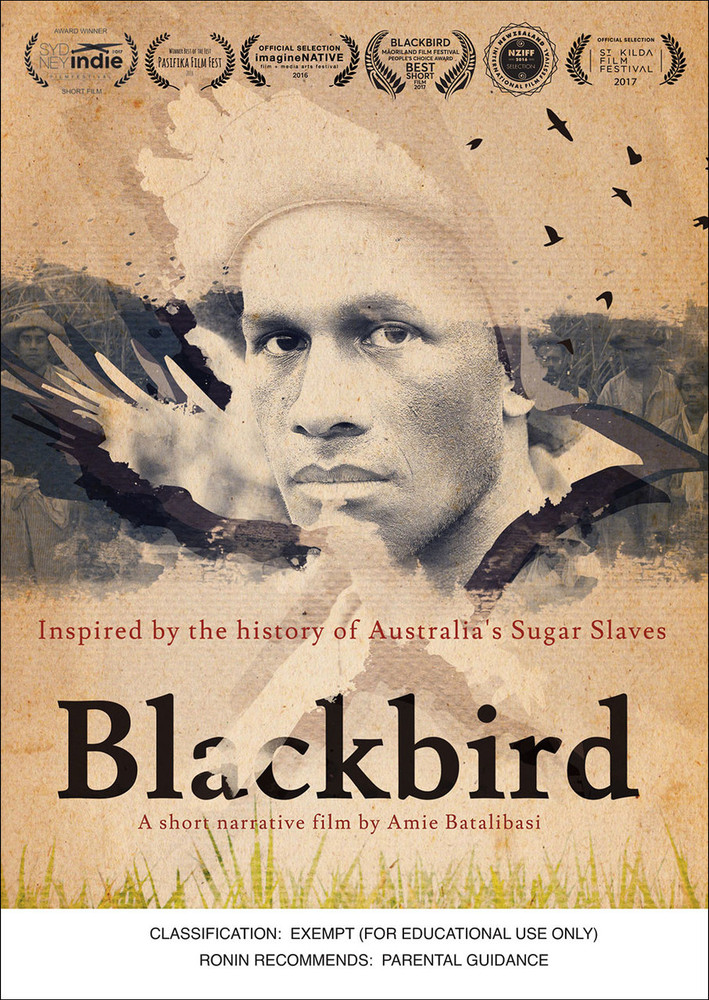 Blackbird is a short narrative drama by Australian Solomon Islander filmmaker, Amie Batalibasi. The film sheds light on a little-known part of history – Australia's sugar slaves. Set in the late 1800s, it follows the story of Solomon Islander siblings, Kiko, sixteen, and Rosa, twenty-four, who were kidnapped from their Pacific island home and forced to work on a sugar cane plantation in Queensland.

In a world whereof Pacific Islanders for cheap labour is legislated and conditions for islanders are akin to slavery, Rosa struggles to keep an eye on her spirited young brother as he journeys into adulthood. Shot entirely on location and in collaboration with communities in Mackay, Queensland – where these historical events took place – Blackbird brings Australia’s 'blackbirding' era to life.

Spoken in Solomon Islands Pijin and augmented with traditional Solomon Islands lullabies, elements of Islander culture, the film immerses audiences in a little-known part of Australian history. Some 60,000 Pacific Islanders like Kiko and Rosa were brought to Australia, often by force and kidnapping, between 1863 and 1904 to work on sugar cane farms of Queensland. Initially, no laws or labour contracts existed to protect them, and they were subject to extreme forms of exploitation by their employers. Later a law was passed to regulate labour trafficking into Queensland and a system of indentured (contracted) labour was introduced. Under this system, Islanders signed three-year contracts and were paid a meagre wage, but even under this system Islanders continued to be exploited. (Historical note based on <https://www.humanrights.gov.au/erace-archives-australian-south-sea-islanders>).

The descendants of these islanders, Australian South Sea Islanders (ASSI), still live today in Australia and continue to struggle for recognition. Filmmaker Amie Batalibasi, made Blackbird in memory of three of her own ancestors who were blackbirded. The story was inspired by archival and oral history research among ASSI community members in Queensland.