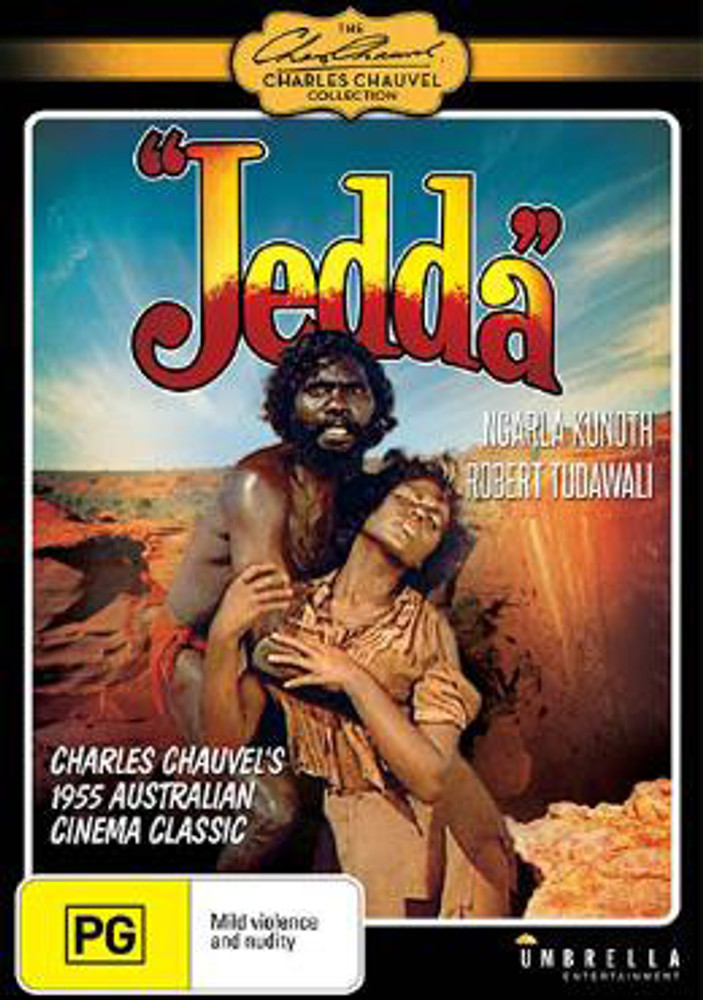 Charles Chauvel’s landmark 1955 film Jedda is an Australian cinema classic. Exploring a complex story of cultural identity, set against the harsh natural surrounds of outback Northern Territory, Jedda captures a rare and honest glimpse into the heart and history of Indigenous Australia.

When an Aboriginal woman dies in childbirth, the baby is raised by Sarah (Betty Suttor), the wife of station owner Doug McMann (George Simpson-Lyttle). Doing their best to assimilate the child into white society, young Jedda is caught between two cultures – forbidden from learning about her Indigenous heritage and never fully accepted by the other. As a teenager, Jedda (Ngarla Kunoth) is drawn to a mysterious newcomer called Marbuck (Robert Tudawali), a tribal man in search of work and offering a new perspective on life. But, as their nascent relationship is tested by cultural taboos, their destiny is set to become an echo through the ages.

A dramatic, sun-scorched vision of the landscape and its people, Charles Chauvel’s final feature film was not only the first colour feature film to be made in Australia but was nominated for the inaugural Palme d’Or at the prestigious Cannes Film Festival.

Assimilation, Othering and Control: Looking Back at Jedda