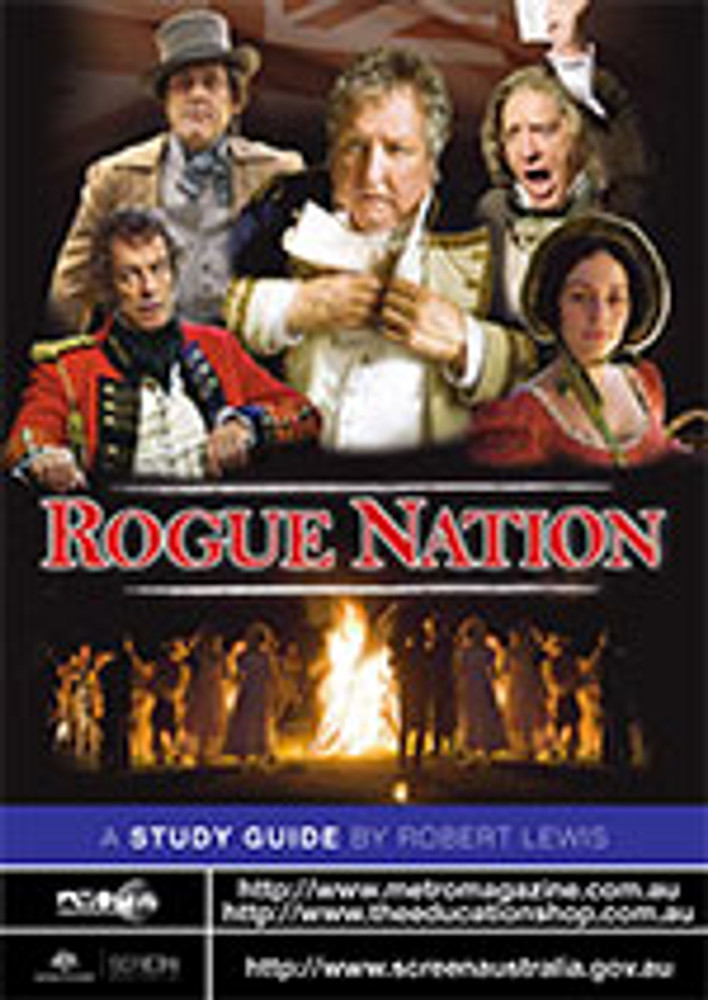 From its colonial beginnings as a jail, at some stage Australia developed into the democratic and egalitarian society we know today.

Rogue Nation takes two episodes from early colonial history and shows in a dramatic and accessible way how this transformation started.

Using Rogue Nation can help students engage with the drama of history, while exploring in limited class time some key big ideas in the development of Australian national and civic identity.

Rogue Nation is a 2 x 54-minute dramatised documentary series about the epic story of how the colourful characters of early colonial Australia transformed a penal settlement into a land with rights and opportunity in a mere forty years.

Historian Michael Cathcart leads viewers through some formative events in Australias early colonial history, including the Rum Rebellion and the clash between William Wentworth and Governor Ralph Darling events that established some civil rights for all settlers in the convict colony. We see how a fledgling colony on the wrong side of the globe was rapidly transformed from a place of punishment to a confident and prosperous community.

The series examines the fight for power and control between two powerful interest groups: the wealthy and entrepreneurial landowners and the emancipists and currency lads and lasses, ex-convicts and their offspring who took on the governors appointed by the Colonial Office in London.

It shows how a handful of driven, ambitious, ruthless and fiercely independent colonists saw off several British governors, encouraged upheaval and learned the art of politics; discovering that debates, pressure groups and propaganda could change governments and shape policy.

In doing so, they helped to lay the foundations of the prosperous liberal democracy of Australia.