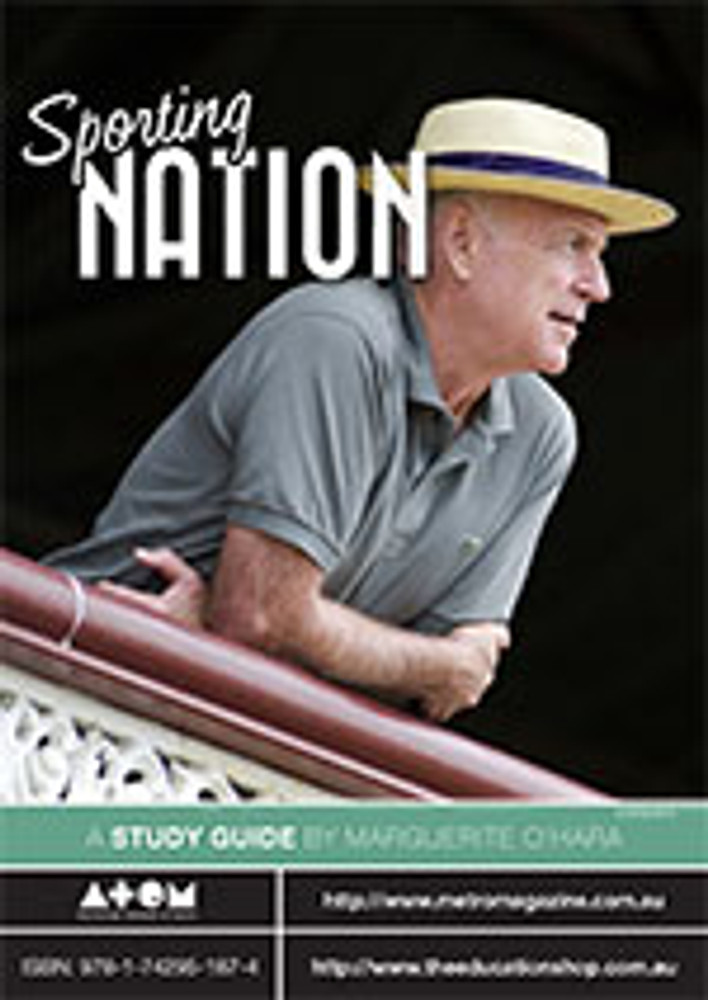 Australia is a sporting nation. Sport is officially everywhere. It even helps us describe matters other than sport; we speak of being on the home straight, dropping the baton, getting down the wicket to the bowling, raising the bar, having a game plan and taking it one week at a time.

In this three-part series, John Clarke – arguably Australia's greatest natural athlete – looks at how Australia came to take its sport so seriously and what it means to be a sporting nation. The series celebrates out sporting achievements (and asks what the word 'our' means, since most of us didn't do it). It also examines the sporting passion of spectators and looks at how sport has shaped us as a nation.

John speaks to athletes, coaches, commentators and Prime Ministers about sport and they confirm what we suspected: that if so many people are interested in sport, it's certainly not just about sport. He also meets legendary sporting heroes and he asks them how and why they achieved such prodigious deeds. And listen carefully, for the answers are not what you'd think.

Whatever you think of sport, Sporting Nation should interest you. And if you love sport, you won't be able to wipe the smile off your face.

The history of sport is a fascinating area to look at as an aspect of Australian history and identity. This three-part series would be enjoyed by secondary and tertiary students of: