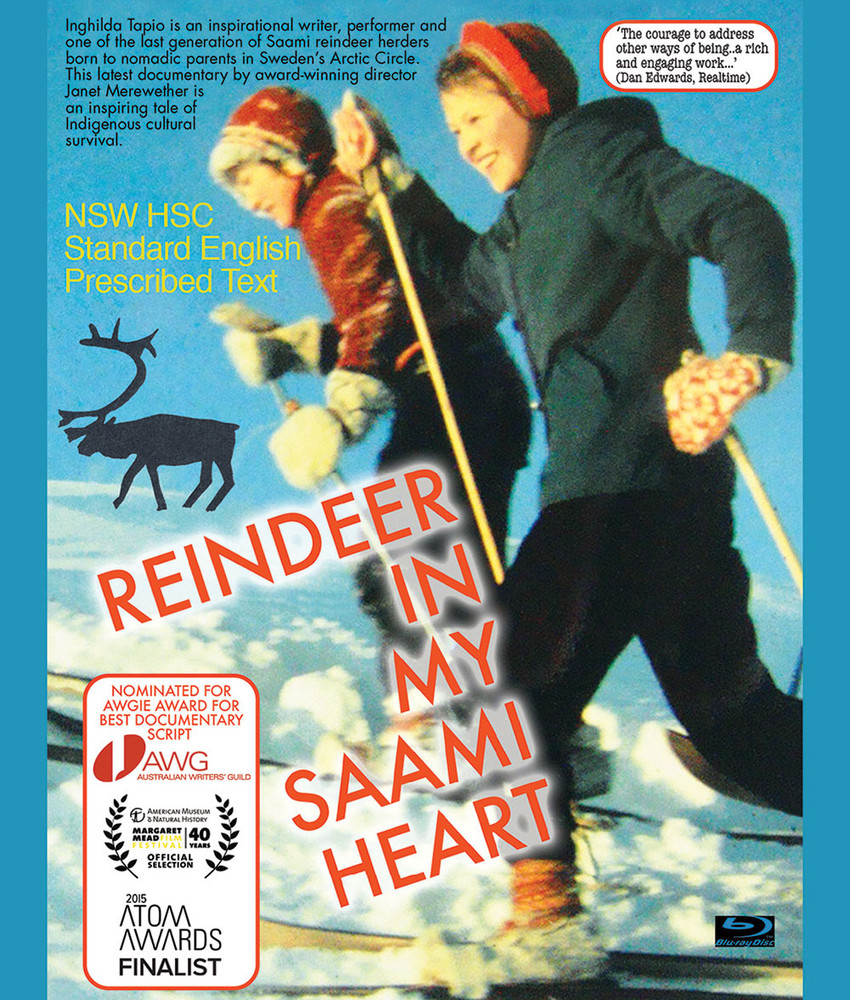 Reindeer in My Saami Heart (Blu-ray)

Reindeer in My Saami Heart is a tender and poignant exploration of one of Europe's oldest Indigenous cultures, the Saami, who have lived in Saapmi – the expanse of land covering the northern parts of Norway, Sweden, Finland and Russia's Kola Peninsula – for thousands of years. We are introduced to this culture through the eyes of Inghilda Tapio, a poet and advocate for the preservation of the Saami people's cultural heritage.

The documentary’s music and sound design is multi-layered, utilising electronic ‘glitch’ music as well as other styles of conventional score and sound montage to highlight feelings of wonder and awe of the natural landscape and the Saami ‘ways’ as well as the power of emotions and feelings. The rich sound design also incorporates Inghilda’s own lyrical voice-over as well as evocative ‘on-location’ synchronous sounds such as galloping reindeers, crackling fire and gushing rapids. The filmmaker’s use of sound and imagery conjures a dream-like quality that encompasses the entire film. It highlights an overall sense of fragility and tenderness about the people and the culture, drawing out its timeless spirituality.

Reindeer in My Saami Heart (DVD)