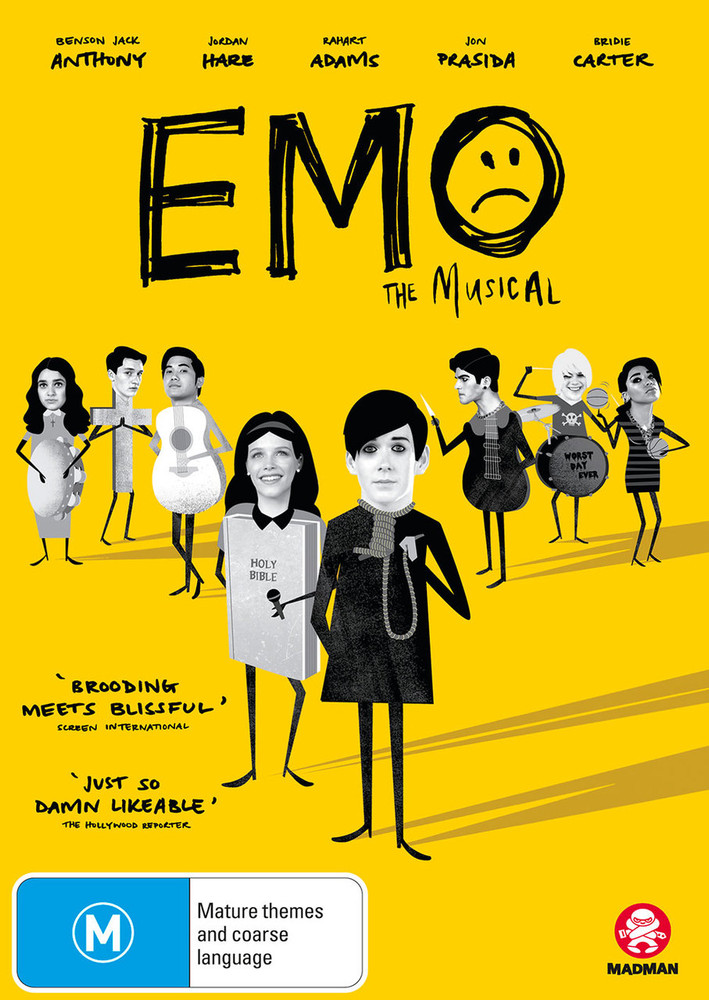 Ethan is an Emo. After he was expelled from his private school (following a suicide attempt in the courtyard), he takes his eyeliner, dyed hair and angst-ridden personality to the dilapidated Seymour High. There he meets Trinity, a totally naive but cute Christian girl who is desperate to convert him to Jesus. However, what Ethan really wants is to join the school alternative rock band 'Worst Day Ever' and to be part of the Emo clique, led by the enigmatic and dangerous Bradley. After a killer audition, Ethan is in the band, but he can't stop thinking about Trinity...

With the looming annual State School Rock Competition bringing tensions in the school to an all time high, Ethan is forced to confront the harebrained actions of his friends and question who he has become.

Emo the Musical is a pitch-black comedy about growing up and embracing the weirdo inside you.

Sound of Musicals, The

I'm Not There: The Future of the Musical Biopic