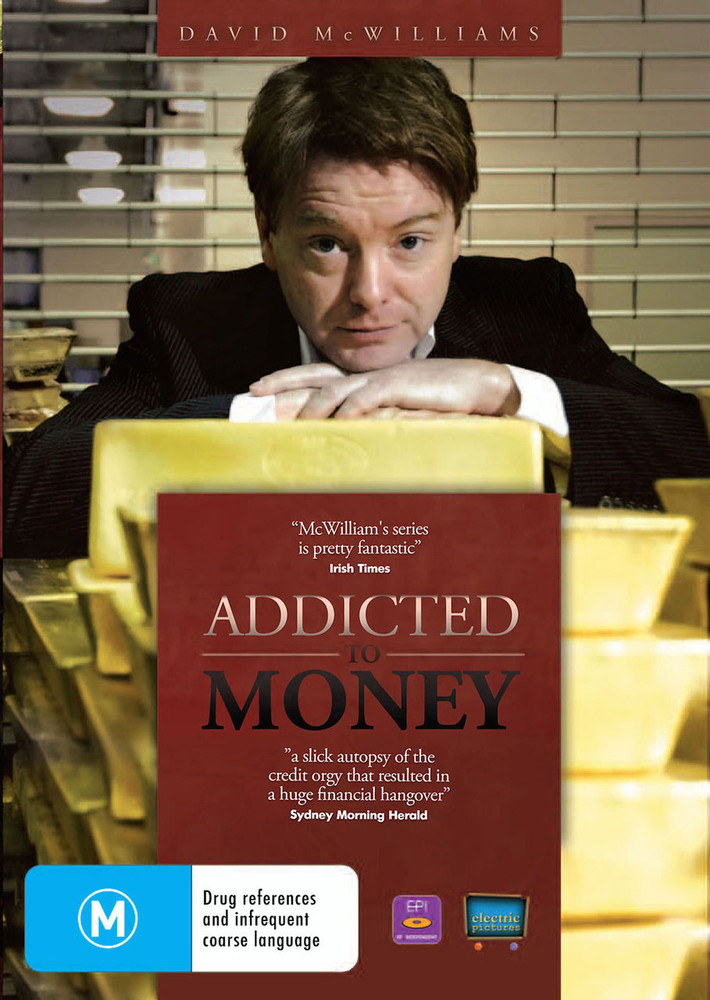 Addicted to Money is THE program for anyone who wants to know how the 2008 financial crisis came about, what it all means for us now, and what we can do to create a sustainable economy. Biting and punchy, this three-part series is a survival guide for the New Economy presented with the wit, charm and incisive appeal of David McWilliams, a young economist who talks just as candidly to the most influential and powerful players in the global economy as he does to ordinary people around the world.

In his typically pugnacious style, David surveys the wreckage of the global economy and points to the worrying but potentially transformative challenges ahead. It is both a story of shocking collective failure and a rallying call for change. David travels the world surveying the wreckage that has been caused by the great meltdown. He discovers that this was a crisis that was avoidable, yet ironically necessary if we are to deal with the real challenge that lies just over the horizon: creating an economy that can sustain our society for the long term.

Show Me The Money

For Love or Money

Are You Addicted to Technology ? (ATOM Study Guide)