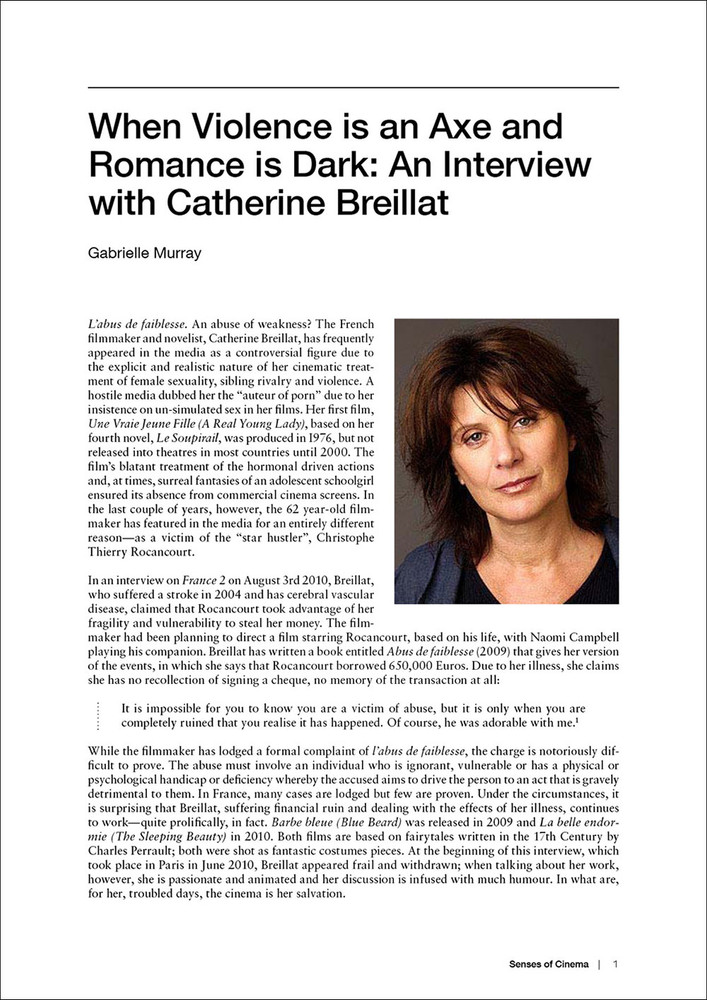 When Violence is an Axe and Romance is Dark: An Interview with Catherine Breillat

L'abus de faiblesse. An abuse of weakness? The French filmmaker and novelist, Catherine Breillat, has frequently appeared in the media as a controversial figure due to the explicit and realistic nature of her cinematic treatment of female sexuality, sibling rivalry and violence. A hostile media dubbed her the 'auteur of porn' due to her insistence on un-simulated sex in her films. Her first film, Une Vraie Jeune Fille (A Real Young Lady), based on her fourth novel, Le Soupirail, was produced in I976, but not released into theatres in most countries until 2000. The film's blatant treatment of the hormonal driven actions and, at times, surreal fantasies of an adolescent schoolgirl ensured its absence from commercial cinema screens. In the last couple of years, however, the 62 year-old filmmaker has featured in the media for an entirely different reason—as a victim of the 'star hustler', Christophe Thierry Rocancourt.

When Zombies go Viral: An Interview with Stefan A Radanovich and Aaron McCann

Sex, Violence and Cultural Anxiety: Tomorrow, When the War Began

Vagaries & Violence in V for Vendetta