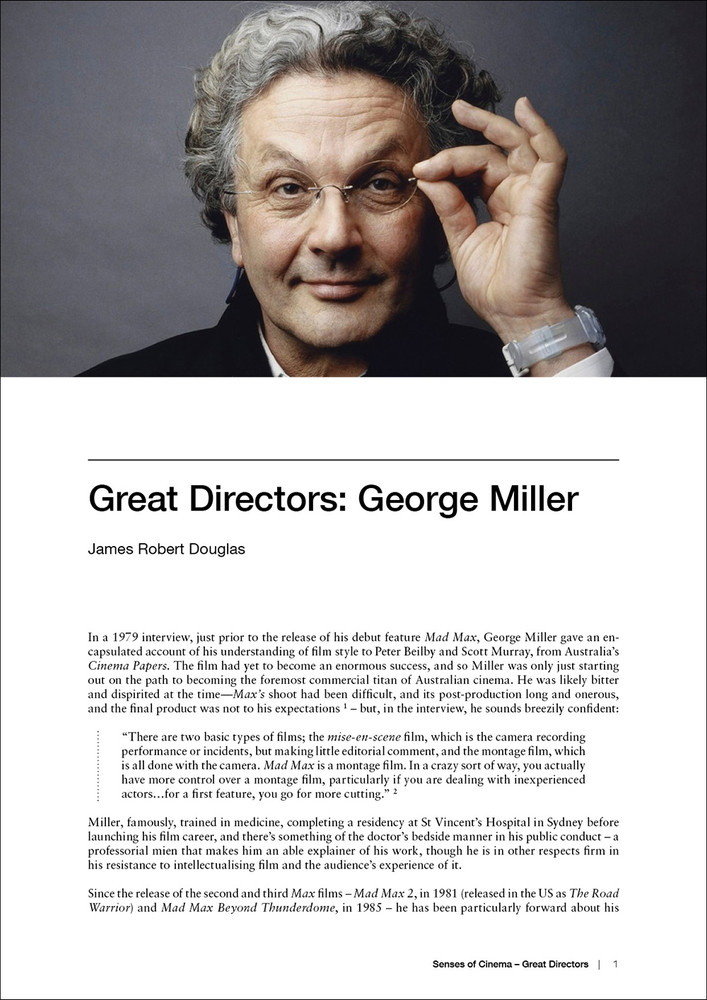 Since the release of the second and third Max films – Mad Max 2, in 1981 (released in the US as The Road Warrior) and Mad Max Beyond Thunderdome, in 1985 – he has been particularly forward about his passion for the work of comparative mythologist Joseph Campbell, who posited an archetypal 'monomyth' that inheres in all cultures. Like many other filmmakers – including, famously, George Lucas – Miller has adopted the framework of this monomyth as the blueprint for his films.

This is partly a commercial decision (monomyth narratives are thought to have a reliable appeal), but it is also founded in a sense that cinema has a cultural or social function. He sees the movie theatre as a kind of spiritual sanctum, and filmic storytelling as having a role analogous to the transportive ritual of primitive cultures. He has even referred to cinema as 'public dreaming', in an allusion to the songlines of Australian Aboriginals (he devoted a one hour documentary, 40,000 Years of Dreaming, made in 1997 for the BFI, to this idea).