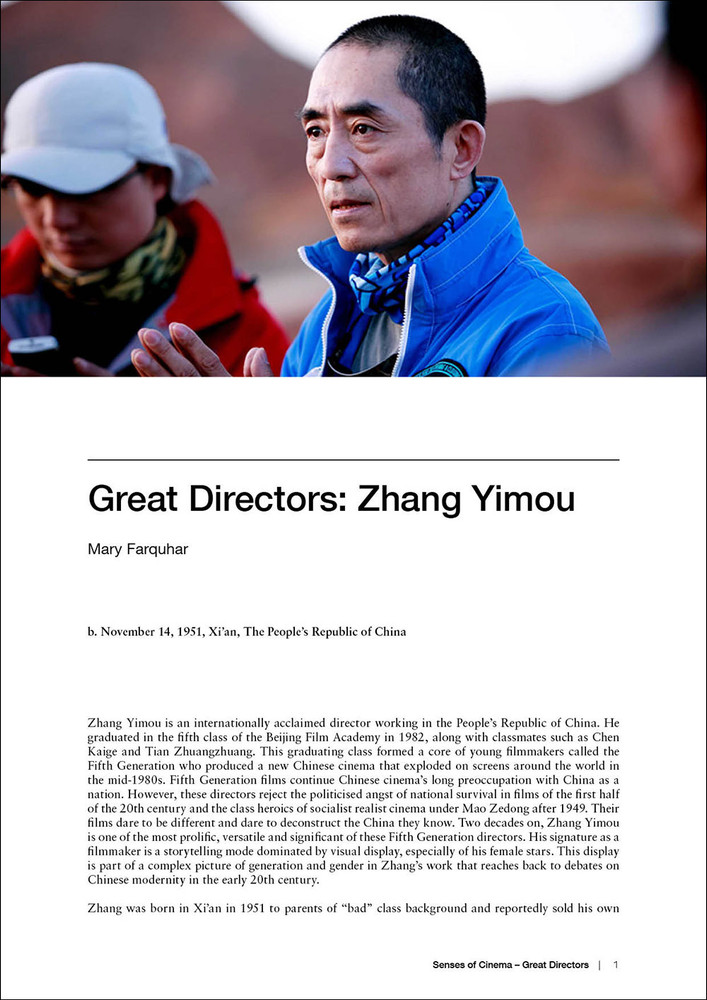 It is widely recognised that Zhang's visual imagery redefines the politics of Chinese self and identity. In the first decade, this imagery focused on the sexual power, reproductive continuity and spectacle of the female body onscreen. Beautiful young women, played by Gong Li, are wife-daughter-mother-lover-virgin-vamp in the trilogy. Red Sorghum breaks cultural taboos against representing female ecstasy, orgasm, and fecundity onscreen. Bold close-ups of Jiu'er's face panting and wide-eyed in the sedan-chair wedding sequence and again in the wild-sorghum abduction scene were unprecedented in mainland Chinese cinema. In Red Sorghum, female desire is not only a force of nature but also the foundation of a vibrant, productive community until destroyed by Japanese invaders. Erotic close-ups continued in the next two films, such as the bathing and seduction shots in Judou and the ritual foreplay around foot-massage and lighting lanterns in Raise the Red Lantern. Rey Chow's essay on the trilogy emphasises the films' visual display, a display that 'fetishizes' cinematography itself while zooming-in on the seductive, the forbidden and the female as 'bearers of his filmic ethnography'. She argues that this interest in the power of the cinematic apparatus continues in later films, such as To Live.