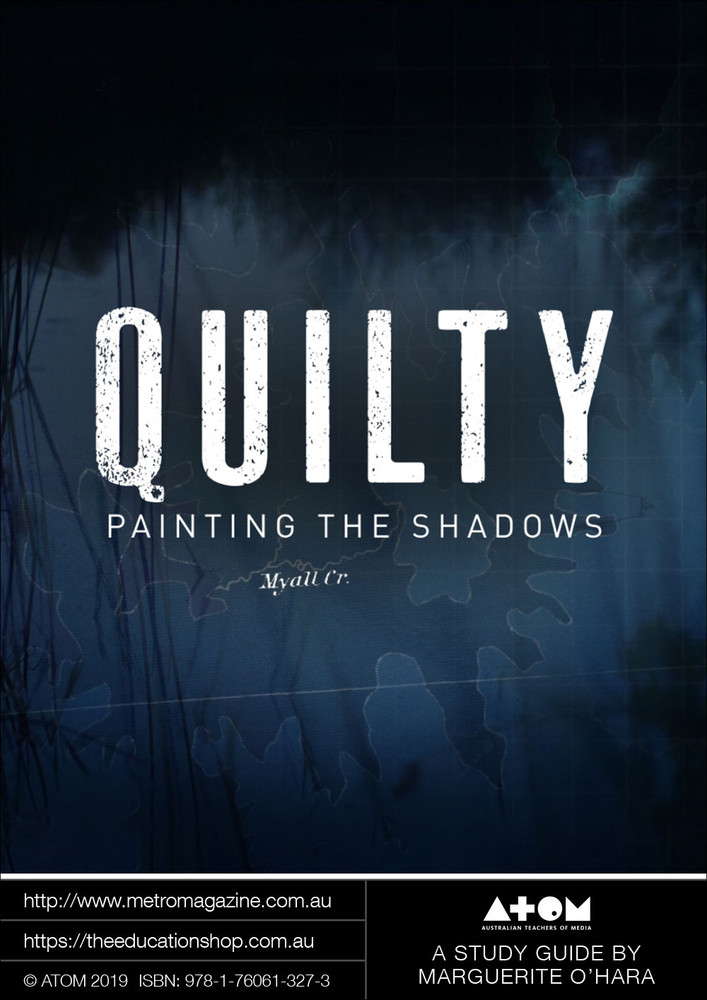 The film Quilty - Painting the Shadows documents the most recent shift in Quilty's art which is a growing interest in our national history and the dark corners of our past.

With the permission of the Gamilaraay Elders, he travels to Myall Creek in Northern NSW. On the afternoon of Sunday 10 June 1838, 12 stockmen brutally slaughtered a group of 28 Aboriginal men, women and children who were camped peacefully at the station of Myall Creek. This massacre had special significance because it marked the only time in the colonial period that white men were arrested, charged and hung for the massacre. The film follows Quilty's exploration of the subject over many months.

This study guide would be suitable for secondary students from years 7-12 studying Visual Arts and/or practising Visual Arts, i.e. drawing and painting. The film can be watched and discussed by students at any secondary level, partly because Ben Quilty presents his ideas, himself and his work in a way that makes this story as accessible to younger students as to older students and anyone with an interest in contemporary Australian art.

The film looks at colour and design, scale, preparation, understanding the context in which you are working and how contemporary ideas and views can be expressed in artworks. Some of the themes explored in this documentary include:

For students of Media Studies, the film can be explored and analysed as an example of how to incorporate the central aspects of an artist's life and work into a documentary film within a compelling narrative?

While we see a lot of Quilty's artwork and his work processes in this documentary, teachers and students could also explore a range of his work at some of the sites and texts listed in this guide. Neither films nor websites nor texts can substitute for seeing artworks in a gallery or 'face to face' in time and place, particularly in terms of scale, texture and colour. However, it is not always possible for everyone to see artworks in galleries or hung on walls. Documentary films can show us not only the artworks but also how the artist works and the key influences in the development of artistic practice.

This guide provides some background material about Ben Quilty and his place as an Australian artist. Students could be encouraged to develop their own views about the life and work of a still relatively young artist whose work and views are quite well known in Australia for a number of reasons. There are three sets of Student Activities in this guide.