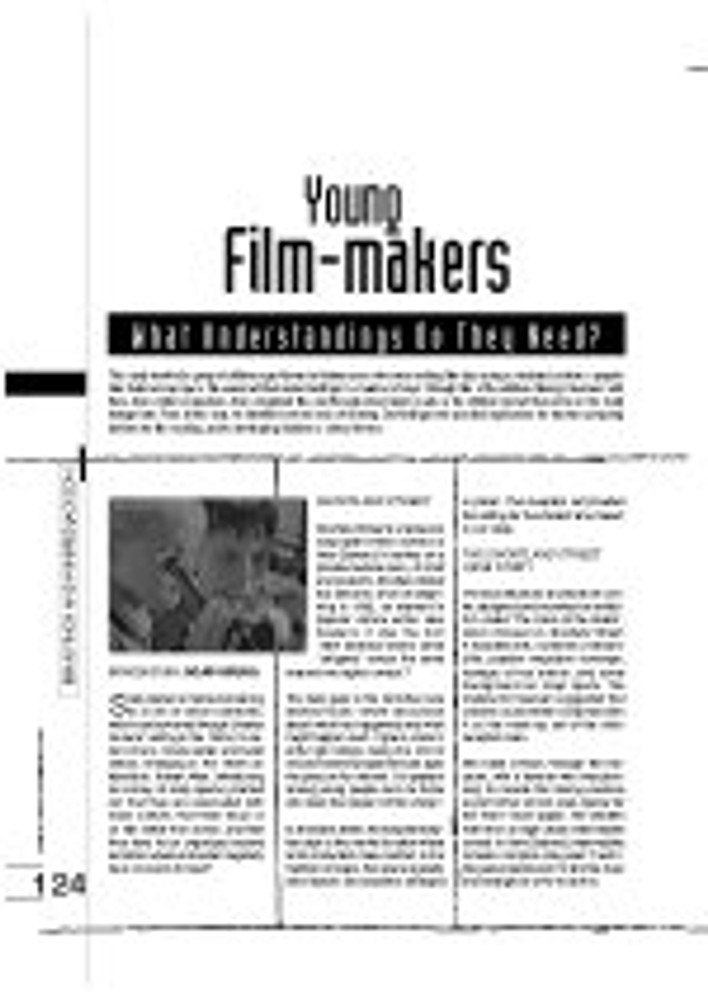 Young Film-Makers: What Understandings Do They Need?

'This study involved a group of children aged eleven to thirteen years who were making film clips using a similated set from a popular New Zealand soap opera. We examined their understandings in a number of ways: through film of the children filming, interviews with them, their written evaluations, their completed film and through observations made as the children viewed themselves in the study footage later. From all this data, we identified several areas of learning. Our findings have practical implications for teachers preparing children for film-making, and for developing children as critical viewers.'

Step by Step: Lessons from a Young Filmmaker

Screen Epiphanies: Film-makers on the Films That Inspired Them

What is Film Criticism?