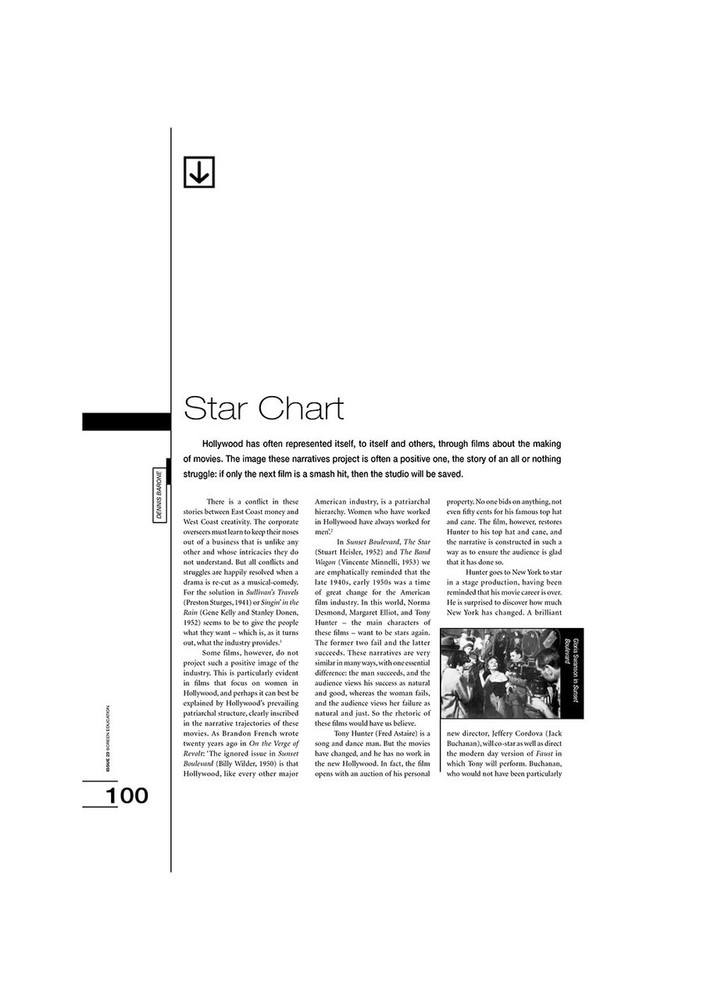 Hollywood has often represented itself, to itself and others, through films about the making of movies. The image these narratives project is often a positive one, the story of an all-or-nothing struggle: if only the next film is a smash hit, then the studio will be saved.

This article explores Hollywood's portrayal of itself, particularly from 1940s to the 1970s.