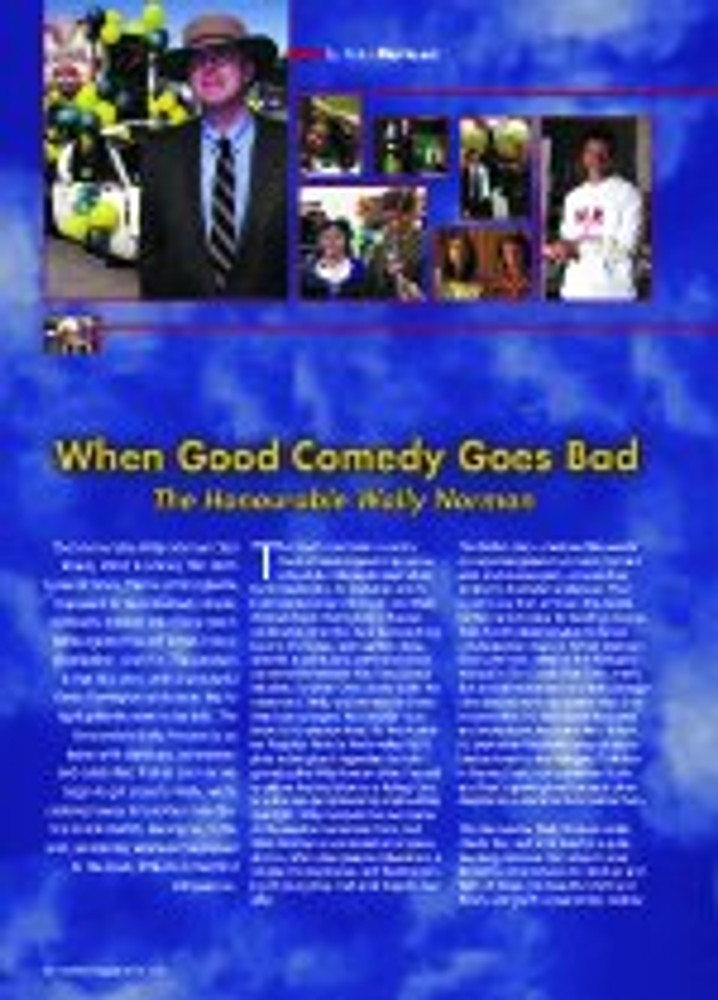 Peter Matessi reviews Ted Emery's politcal comedy 'The Honourable Wally Norman' (2003) and decides that it is a funny film - 'Both types of funny, that is. At first glance it appears to be a relatively simple, politically-minded tale of one man's battle against the evil forces of corporatization. The problem is that this story, with the wonderful Kevin Harrington at its core, has to fight gallantly even to be told. 'The Honourable Wally Norman' is so laden with standups, comedians and celebrities that as soon as we begin to get close to Wally, we're snatched away for another over-the-top comic sketch.'

The Good, the Bad

The Good, the Bad and The Proposition

Bloody Good Comedy: What We Do in the Shadows

When It's Good It's Good: 'Morning of the Earth'

Gruen: The Good the Bad and the Ugly of Advertising (ATOM Study Guide)