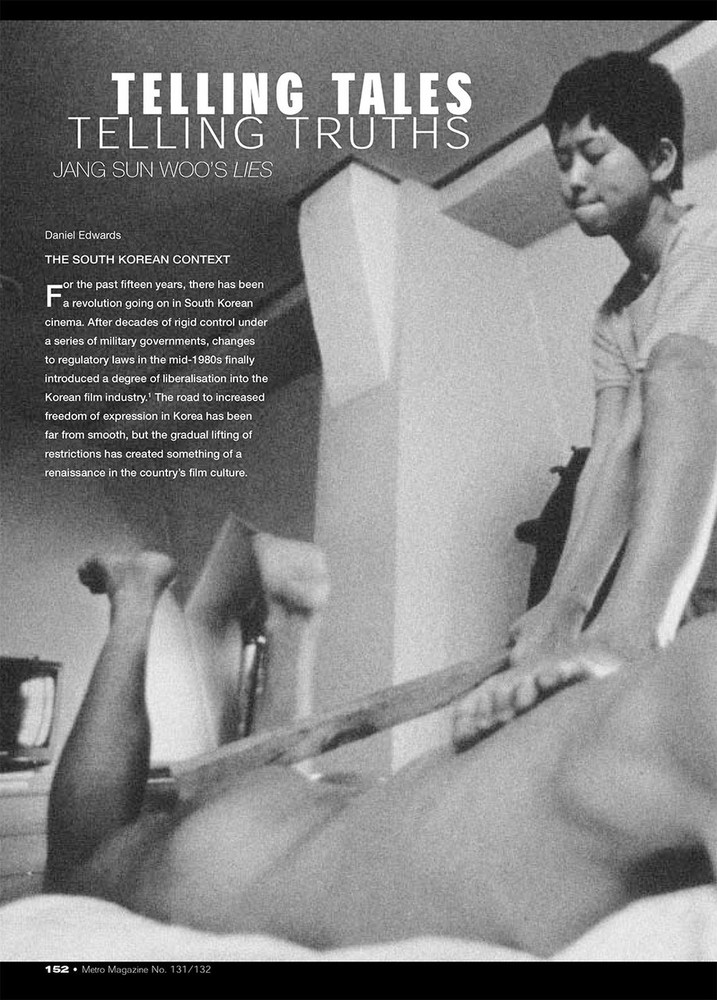 For the past fifteen years, there has been a revolution going on in South Korean cinema. After decades of rigid control under a series of military governments, changes to regulatory laws in the mid-1980s finally introduced a degree of liberalisation into the Korean film industry. The road to increased freedom of expression in Korea has been far from smooth, but the gradual lifting of restrictions has created something of a renaissance in the country's film culture.

An Understated Approach: Telling Truths in The Tall Man

Telling Tales: The Fantasy in Stardust