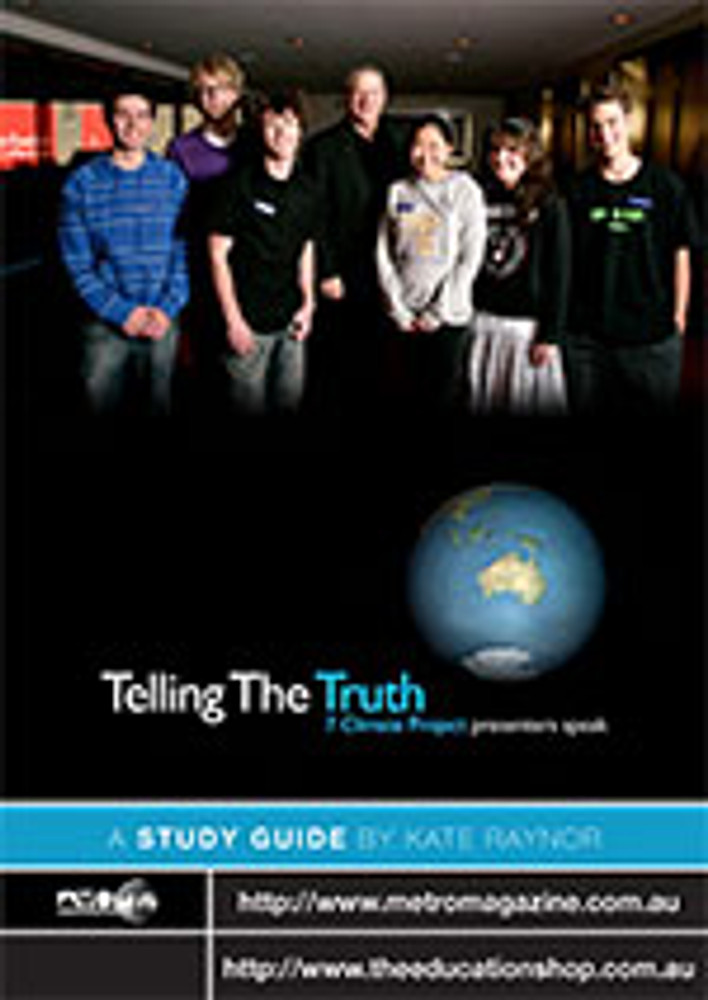 In six countries, across four continents, former U.S. Vice President Al Gore has trained more than 2000 Climate Project Presenters to deliver his climate crisis presentation. In Australia, 250 people were selected by the Australian Conservation Foundation to be personally trained by Gore to deliver the slide show from An Inconvenient Truth (Davis Guggenheim, 2006). Telling the Truth (Mim Lowe, 2008) is the account of seven ordinary people making an extraordinary commitment to change. Each of the Climate Project Presenters we meet in this film delivers their presentation to a very different audience the New South Wales Waratahs rugby union team, members of a remote Indigenous community in Arnhem Land, a senior citizens meeting in suburban Canberra and the Melbourne International Comedy Festival, to name a few. Each of the presenters strives to address the global crisis of climate change and to inspire their peers to action. The power of Telling the Truth ultimately lies in the diverse backgrounds of the presenters: this is not a homogenous cohort of greenies. Theres a scientist, a stand-up comic, a young Indigenous woman, a mining town electrical contractor, a mother, a high school student. The implicit message is that this matters to all of us and it needs to be on everyones agenda: every individual counts. These are tales of moral and personal courage, with the seven people linked by the adamant belief that something must be done urgently and that each individual can make a difference in their communities. As one of the Climate Project Presenters notes, we are at a tipping point: Our response to this climate crisis now will determine how future generations will live: this is a defining moment.

Bombing of Darwin: An Awkward Truth, The (ATOM Study Guide)