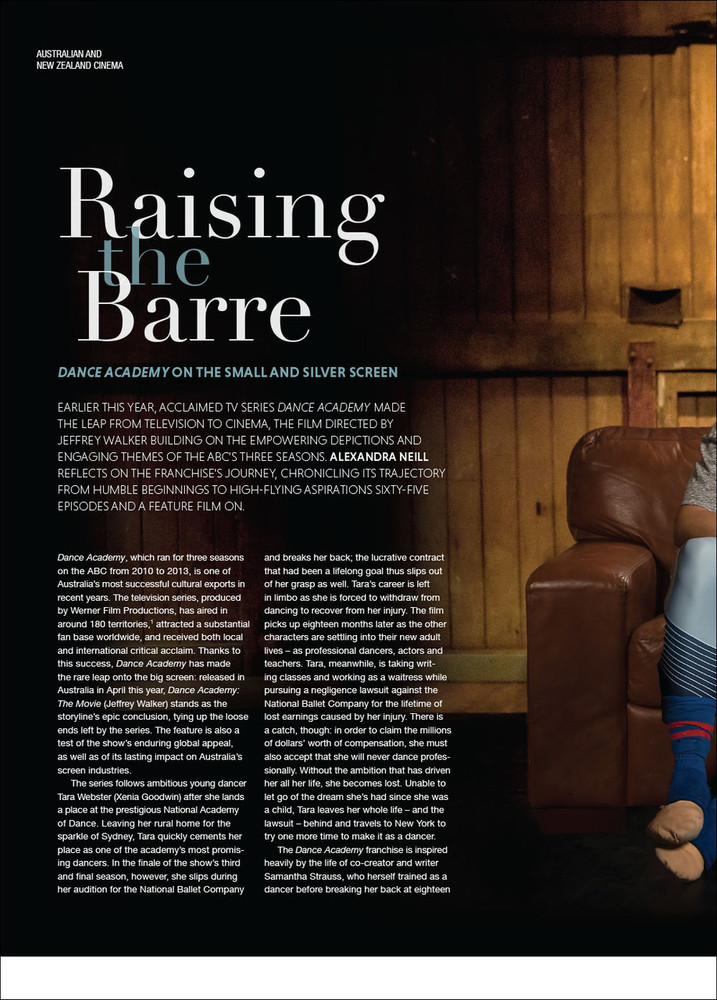 Raising the Barre: 'Dance Academy' on the Small and Silver Screen

In 2017, acclaimed TV series Dance Academy made the leap from television to cinema, the film directed by Jeffrey Walker building on the empowering depictions and engaging themes of the ABC's three seasons. Alexandra Neill reflects on the franchise's journey, chronicling its trajectory from humble beginnings to high-flying aspirations sixty-five episodes and a feature film on.