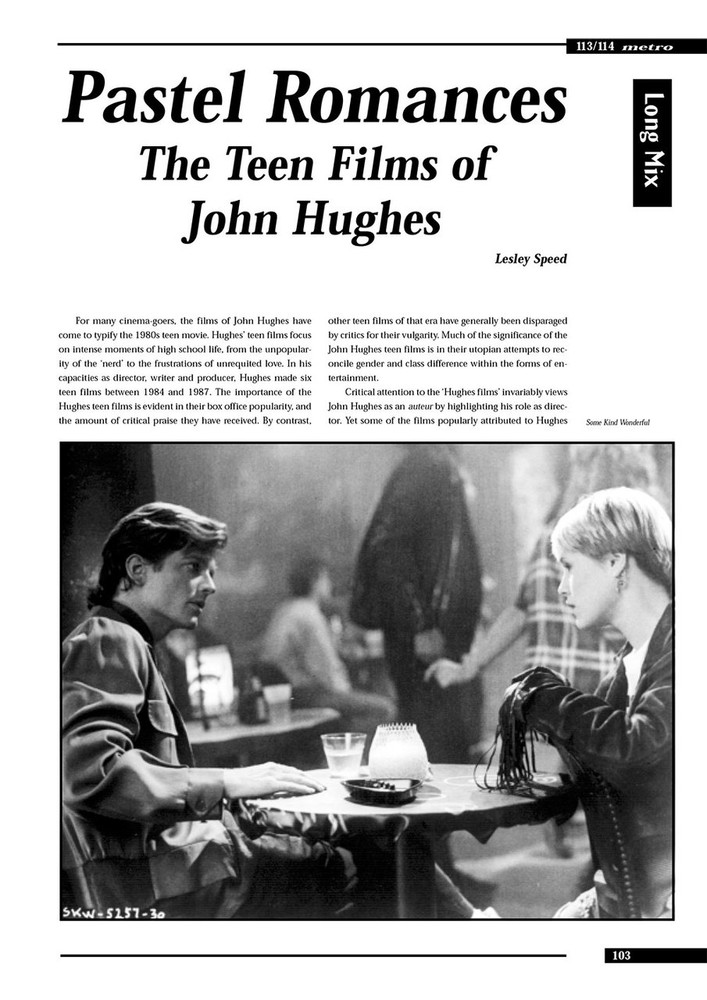 For many cinema-goers, the films of John Hughes have come to typify the 1980s teen movie. Hughes' teen films focus on intense moments of high school life, from the unpopularity of the 'nerd' to the frustrations of unrequited love. In his capacities as director, writer and producer, Hughes made six teen films between 1984 and 1987. The importance of the Hughes teen films is evident in their box office popularity and the amount of critical praise they have received. By contrast, other teen films of that era have generally been disparaged by critics for their vulgarity. Much of the significance of the John Hughes teen films is in their utopian attempts to reconcile gender and class difference within the forms of entertainment.

Left of Centre: Teen Life, Love and Pain in the Films of John Hughes

'Between Fact and Fiction': Speculating on the Documentary with John Hughes

Ferris Bueller's Day Off and the History of the Teen Film

Films of John Hughes: A History of Independent Screen Production in Australia, The

John Hughes' 'What I Have Written'