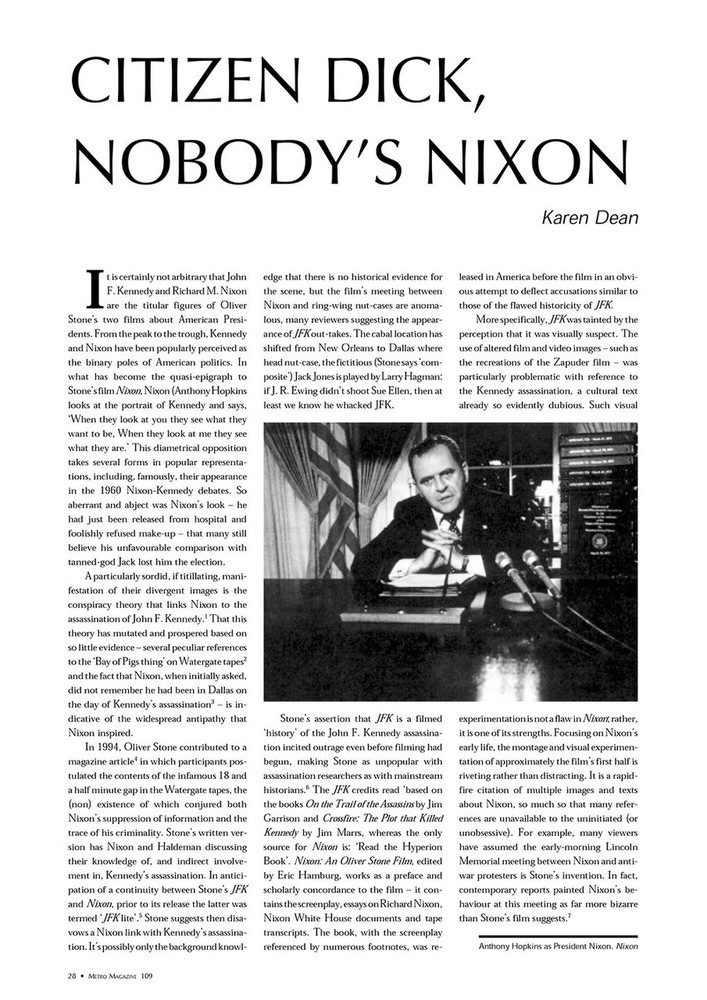 It is certainly not arbitrary that John F Kennedy and Richard M Nixon are the titular figures of Oliver Stone's two films about American Presidents. From the peak to the trough, Kennedy and Nixon have been popularly perceived as the binary poles of American politics.

Is Australia a good international citizen?