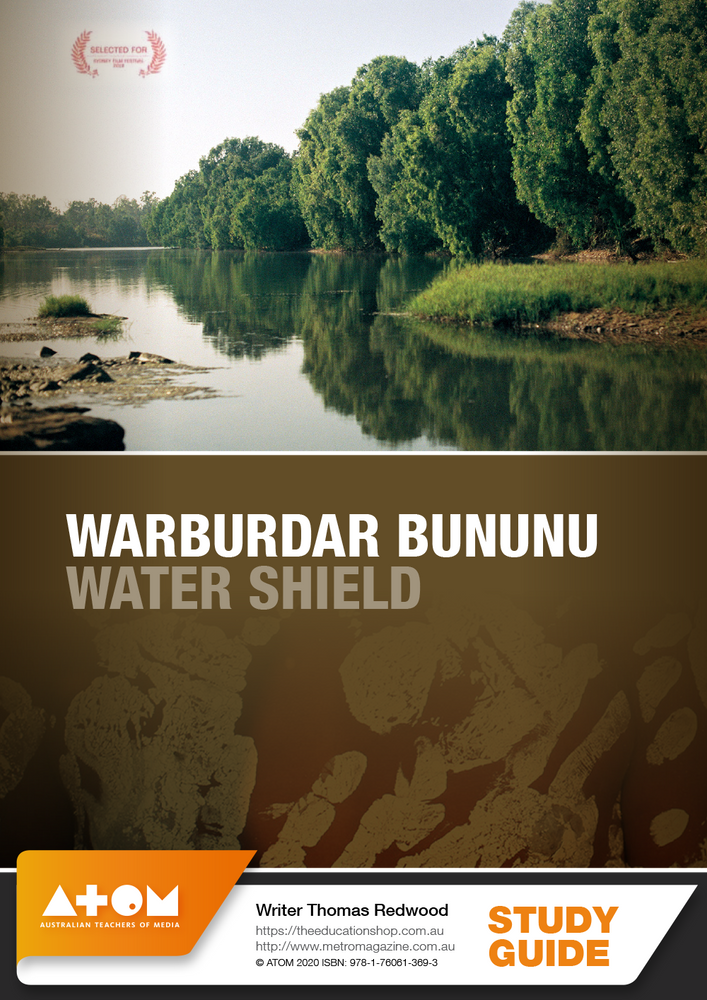 Warburdar Bununu: Water Shield is a film about the need for action in the face of exploitation and the possibilities that arise when an individual chooses to act on behalf of their community.

Warburdar Bununu: Water Shield follows the mission of Wurjukuyi, a young leader of the Garrwa and Yanyuwa peoples. Forty years ago, in their struggle for land rights, Wurjukuyi's grandparents and other Elders made a documentary to spread awareness of their cultural and legal struggles for self-determination. That documentary was called Two Laws and it represents a period in recent Australian history when many Indigenous communities across this continent banded together in solidarity to fight for their civil and land rights under a colonial system of law that had for many generations dispossessed them, disregarded them and attempted to assimilate them.

Forty years on, the predominantly Indigenous population living in Garrwa and Yanyuwa country is still facing a struggle to have their custodianship of country recognised. The industries, economies, cultures and laws of non-Indigenous peoples have continued to invade Garrwa and Yanyuwa country, to exploit the natural resources of the region and to use the mechanics of Commonwealth legal systems to maximise profit and minimise responsibility.

Garrwa and Yanyuwa man Wurjukuyi is devastated when the news arrives that bores around the Borroloola Town Camps are contaminated with manganese and lead from the nearby Glencore mine. Unable to prove the obvious connection in a court of law, he seeks help from different avenues, until gradually an initially hopeless and heartbreaking situation becomes hopeful …