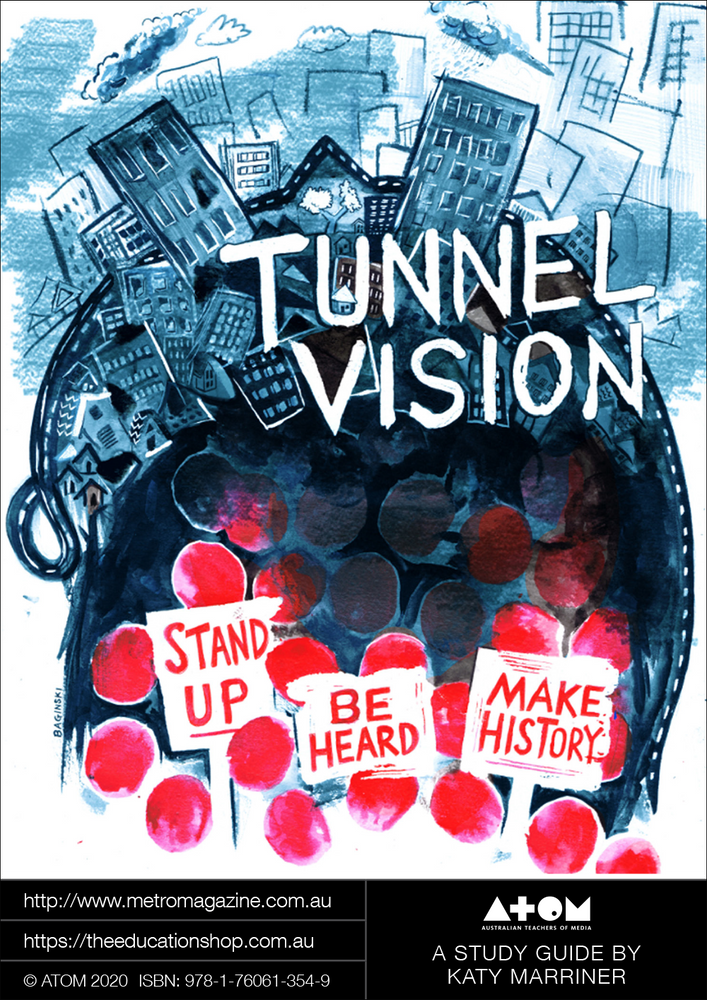 Tunnel Vision is the story of the communities that rose up against the infrastructure project because it threatened to make Melbourne more car dependent, more congested and undermine its liveability, sustainability and environment.

The campaign demonstrated that a healthy democracy is one in which citizens are heard and involved in decision making about their future.

The following people appear on screen in Tunnel Vision, either in interviews or archival footage or both. They are listed in order of appearance and their credentials are those that were current at the time of filming.

Watch the film: Teachers are advised to preview Tunnel Vision before classroom screenings. The documentary can be accessed online here.

As cities and communities continue to grapple with competing transport interests and solutions to congestion, Tunnel Vision explores transport in the context of liveability, sustainability and environmental health by providing an account of the East West Link. The documentary provides students with the opportunity to assess the viability and value of the road project through discussions of the proposed benefits and costs of East West Link; identify the stakeholders; and determine the likely environmental impacts and risks associated with East West Link. Tunnel Vision also explores the theme of self-empowerment and collective activism as vital elements for a healthy democracy and provides an insight into the media's role in shaping perspectives.

Activities in this study guide provide opportunities for students to:

This study guide to accompany Tunnel Vision has been written for secondary students at all levels. It provides information and suggestions for activities in Civics and Citizenship, English, Environmental Science, Geography, Legal Studies and Media.

Teachers should consult the Australian Curriculum online at <https://www.australiancurriculum.edu.au> and curriculum outlines relevant to these learning areas in their state or territory.

The study guide is structured as a series of lessons that address the issues and ideas explored in Tunnel Vision. The lessons, for the most part, are ordered according to the narrative arc of the documentary.

Given the variations in lesson length from school to school, teachers and the differing abilities of students, teachers need to consider the time required to complete activities before embarking on the lesson. Teachers should select information and activities that will best support their students' viewing and close analysis of the documentary.