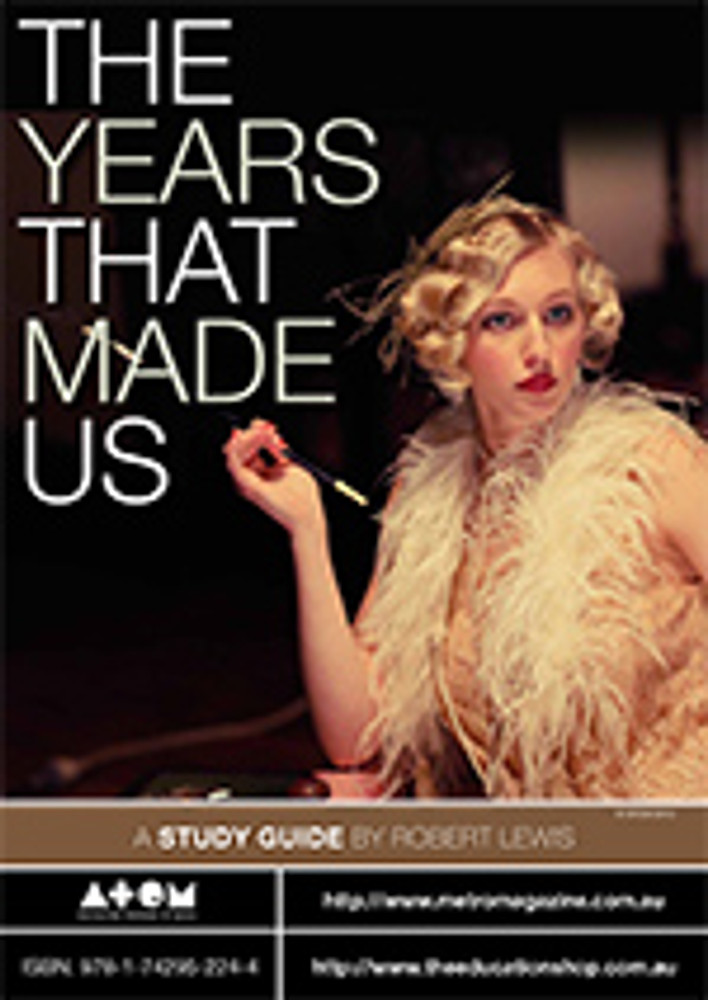 Years That Made Us, The (ATOM Study Guide)

The Years That Made Us (Andrew Saw and Stuart Goodman, 2012), is a documentary series of three 57-minute episodes written and presented by journalist and author Chris Masters, exploring the way the tumultuous 1920s and 1930s laid the foundation for Australia in the twenty-first century.

In Australian mythology, nationhood was forged in the slaughter of Gallipoli in 1915. But in The Years That Made Us Chris Masters introduces a very different proposition. Far from bringing the nation together, the First World War tore the country apart and threatened to destroy the Federation Dream. The Great Depression wrecked a struggling recovery, and just when light appeared on the horizon, the gates of hell reopened with the Second World War.

This is the story of how our parents, grandparents and great-grandparents survived crisis after crisis and laid the groundwork for the nation we know today.

Between 1919 and 1941 Australia turned from a rural backwater of the British Empire to a South-East Asian nation. Australians not only resisted chaos and revolution, they combined the best of the old world and the new to make a new society.

In a personal journey that takes in big picture history and his own family's story, Chris explores the idea that Australia's response to the period between the end of the First World War and the start of the Pacific War was unlike any other country's. Through the prism of his own working-class family, he gives life, light and shade to the politics and economics of rapid change.

The Years That Made Us is a resource that can be used in the Australian Curriculum: History at Year 10 (The Modern World of Australia), and at Years 11–12 (Unit 3, The Rise of Modern Nations – Australia 1916–1949).

Vietnam: The War That Made Australia (ATOM Study Guide)

Books That Made Us (ATOM Study Guide)