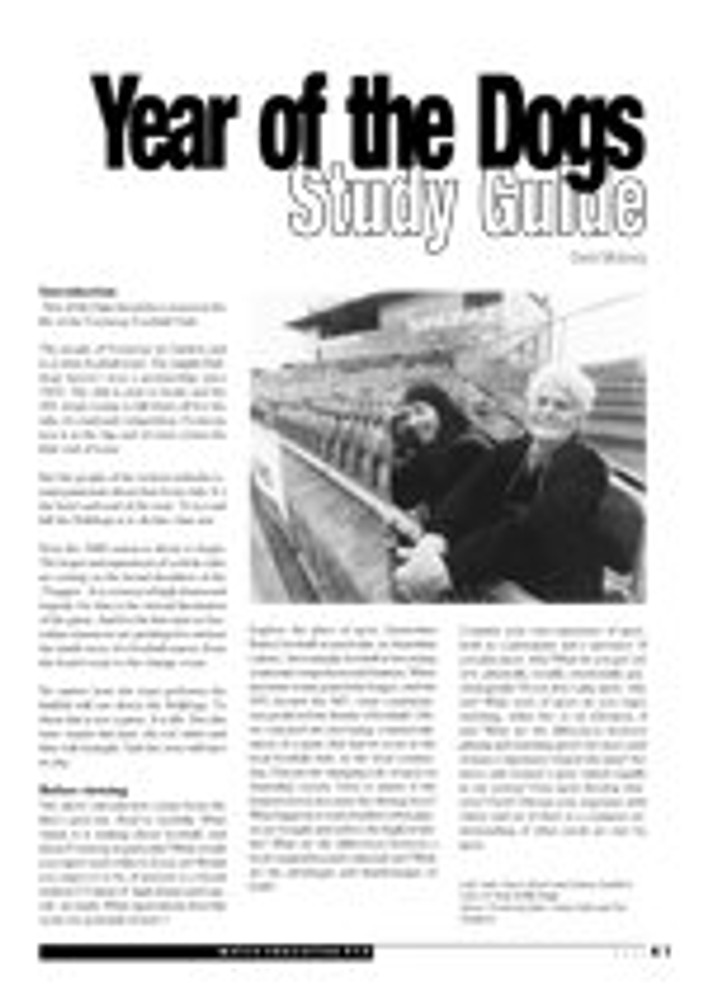 Year of the Dogs chronicles a season in the life of the Footscray Football Club. The people of Footscray are battlers and so is their football team. The mighty Bulldogs haven't won a premiership since 1954. The club is close to broke and the AFL keeps trying to kill them off for the sake of a national competition. Footscray sees it as the big end of town versus the little end of town. But the people of the western suburbs remain passionate about their footy club. It's the heart and soul of the west. To try and kill the Bulldogs is to declare class war.

Year of the Dogs (A Study Guide)